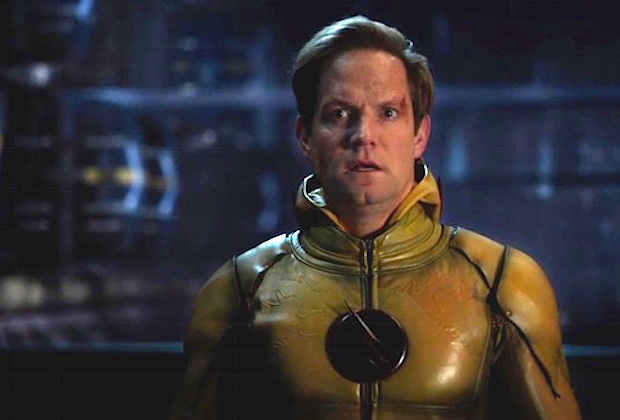 Matt Letscher, the actor who plays the role of the original Eobard Thawne in the hit DC Comics TV series “The Flash,” talks about having to have his own tailor-made super suit for the character of the Reverse-Flash, and how the villainous speedster would be having a bigger presence this season rather than just having a cameo role in Barry Allen’s (Grant Gustin) own series.

In a recent interview with TVLine, Letscher revealed that for his previous appearances as Reverse-Flash in the series, he had been wearing a suit that was not really his in terms of size, that is. In the first season of “The Flash,” Letscher played the character of Thawne from the future who, later on, took over the body of the famed scientist Harrison Wells, with Tom Cavanagh playing the character from then on. But this time around, his role as Reverse-Flash would be done with him in his own suit.

“I did get my own suit this year, so I hope they put it to good use,” the actor shared. He then added that his previous suit “was built for Tom, who is probably two inches shorter than me and a lot skinnier, so you can only imagine the sausage casing it felt like when I tried to get into that!”

Aside from his return for the Flashpoint arc in the third season of “The Flash,” Letscher would be joining other villains Captain Cold (Wentworth Miller), Malcolm Merlyn (John Barrowman), and Damien Darhk (Neal McDonough) for the second season of “DC’s Legends of Tomorrow,” with them as members of the villainous Legion of Doom. However, it won’t be like the four villains would be working together ala Rip Hunter’s (Arthur Darvill) team and travel around in a ship or in anything for the season.

“We’re not going to be driving around in our Legion of Doom-mobile together or grabbing lunch,” the actor said with a laugh.

“The Flash” season 3 premieres this October on The CW.

'No Man's Sky' release date for PC delayed: what to expect