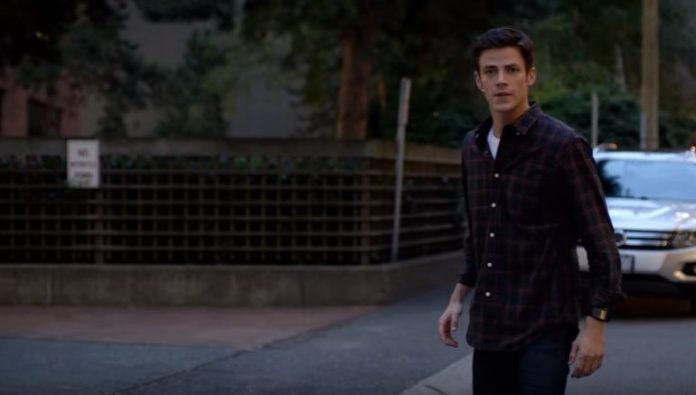 The second season of “The Flash” ended with Barry Allen (Grant Gustin) changing the timeline as he went back in time to save his mother. In the next installment, the speedster’s actions will have some serious repercussions as Barry returns to a new world where his parents are alive, Cisco (Carlos Valdes) is not his friend, and another speedster causes mayhem in Central City.

In the first full-length trailer for season 3, viewers got a hint of what the Flashpoint arc will be, as it is revealed that after changing the timeline, Cisco is not the tech-loving, goofy friend that Barry knows and loves but is in fact the richest man in America. Meanwhile, Iris (Candace Patton) doesn’t seem to recognize Barry, and Reverse-Flash (Matt Letscher) is officially back.

Letscher recently spoke with Comic Book Resources to preview the new season and to talk about his character’s return to the hit series. When asked if he could sum up the season 3 premiere in three words, Letscher replied, “I would say, ‘Barry’s in trouble.'”

On delivering the “Flashpoint” namedrop in the teaser, the actor said that it was a “classic kind of [executive producer] Andrew Kreisberg flourish” and that he enjoyed delivering the line.

“I just had a great time with it, and the fan response has been really amazing when it comes to that…it’s fun,” said Letscher.

On The Flash and Reverse-Flash’s relationship in season 3, Letscher revealed that it’s possible that the two characters will never agree on anything.

“You may have noticed in the sizzle reel that I’m in a cage!” said Letscher. “That’s an impediment in our relationship…I don’t think The Flash and Reverse-Flash will ever see eye-to-eye on anything.”

Apart from Reverse-Flash, Barry will also deal with a new villain, Doctor Alchemy (voiced by “Saw’s” Tobin Bell). The new installment will also see the debut of “Harry Potter” actor Tom Felton as Julian Dorn in the series.