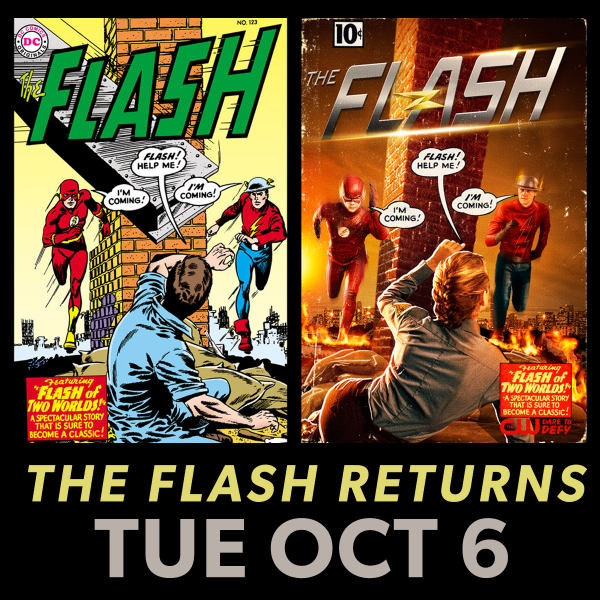 Viewers of CW’s “The Flash” will see multiple universes, new villains and transformed abilities when season two premieres on October 6.

The show took to Twitter to announce that another speedster is set to join the cast. Posting a comic book strip originally from “Flash of Two Worlds” alongside a possible TV look, the caption reads, “Get ready for worlds to collide when Jay Garrick arrives on #TheFlash! @teddysears @grantgust.”

Aside from Sears, Keiynan Lionsdale will also make his debut as a series regular. He will have the role of Wally West who is also known by comic readers as Kid Flash.

In an official statement, executive producer Andrew Keisberg said that Lionsdale is perfect for the part, “Just like when we met [star] Grant [Gustin] for the first time, we instantly knew Keiynan embodied all the heart and courage of a hero. We are so excited to be bringing this much-beloved character onto the show.”

Hinting on how Wally will be related to the Wests on the show, consulting producer Gabrielle Stanton mentioned that they are doing a quite different version compared to the source material.

“We are a doing our special Flash magic where we take a comic book character and give it just a little bit of a ‘Hmmm,’ so that you’re like, ‘Oh!’… In a really, really cool way… that I don’t think the audience will see coming. He will definitely have a very interesting and close relationship with Team Flash,” TV Line shares.

Stanton also teased that a new villain in the form of Doctor Light will be introduced in the new season. The antagonist was foreshadowed by Cisco and Caitlin when they were talking about a former S.T.A.R Lab employee but for the small screen iteration, the character will take the female form.

No actress has been recruited to play the role yet.

'Bond 25' updates: Eyeing to infuse 'something new' and current threats