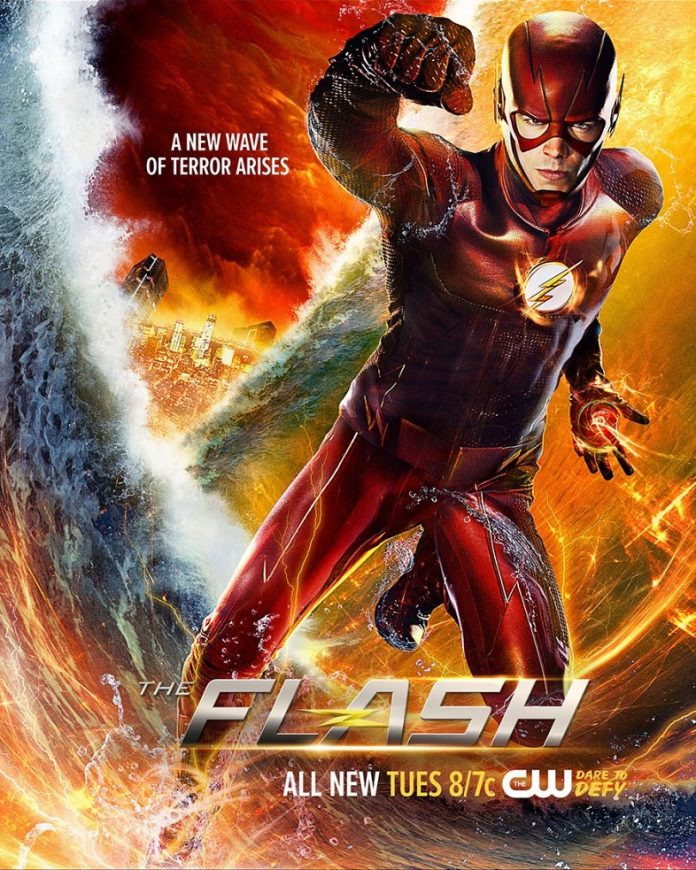 If you think you’ve seen the last of The Shark when he was taken out by Earth-2 Harrison Wells in the earlier episodes, think again as the metahuman will make a comeback in “The Flash’s” episode 15 aptly titled “King Shark.”

According to the synopsis posted by TV.com, “King Shark escapes from ARGUS, so Lyla and Diggle come to Central City to hunt the metahuman down. Meanwhile, King Shark is hunting down Flash, who is preoccupied with what happened during his recent trip to Earth-2.”

Based on the latest publicity photos for the episode, the poster showing Flash carries the tagline “A New Wave of Terror Arises” when King Shark makes his return.

“The Diggles arrive in Central City to help Barry take on King Shark who has escaped from ARGUS and is hellbent on completing his mission of destroying The Flash,” executive producer Andrew Kreisberg earlier teased the character’s return.

It can be recalled that the Shark initially appeared in the episode “The Fury of Firestorm” which led the way to Harry meeting Barry.

Meanwhile, the latest episode promo for the next episode titled “Trajectory” has come out.

In the episode, a female Flash will be featured as she will wreak havoc in the city, reported Comic Book.

“A new speedster has everyone distracted,” the voice over said as Barry’s team is obviously baffled by the new arrival.

However, the show’s fans may have to cool their heels for a while because the episode, titled “Trajectory,” will not be shown until the show returns on Mar. 22 on The CW after a four-week break.