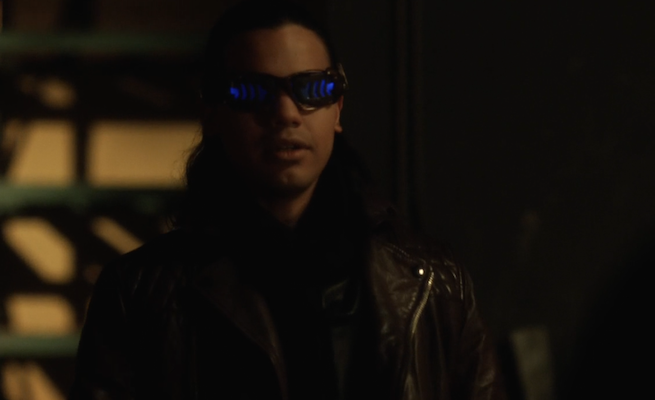 The most recent episode of “The Flash” brought the Team Flashor at least part of themto Earth 2, in pursuit of Zoom. However, aside from going to another Earth and leaving a lot of Easter Eggs, “Welcome to Earth 2” also introduced the mirror version of some characterswhich, in a few occasions, did not end up to be anything like the persons they were on Earth 1. For instance, Cisco Ramon’s doppelganger turned out to be a villain working for Zoom who calls himself Reverb.

When Earth 1 Cisco met the Earth 2 Cisco, both possessed the same powers, but Earth 2 Cisco could use his powers better than the Earth 1 Cisco. Where Cisco called himself Vibe, the mirror version of himself was called Reverb. Moreover, Reverb had trained himself enough to use his metahuman abilities as a weapon. However, Reverb was shortly killed off by Zoom.

In a recent press interview, the show’s executive producers talked about what the happenings of the most recent episode would mean to the development of Cisco, more importantly now that he knows that he is capable of more things than seeing the future or through time.

“I feel that once you’re exposed to something impossibleit’s like the first time Tony Hawk did a 720 on skateboard, everyone could do it,” said executive producer Aaron Helbing, via ComicBook.com. “Now that Cisco has seen the magnitude of what his powers are capable of, everything’s possible in his mind.”

However, introducing Reverb was something they never intended to do so as to give Cisco a “master” for his powers.

“It’s ‘The Flash,’ so they might show up again in one form or another,” said executive producer Todd Helbing. “But I think for the purpose of where we want to take Cisco, having Reverb die there was sort of the best way of doing what we wanted to do with this character.”