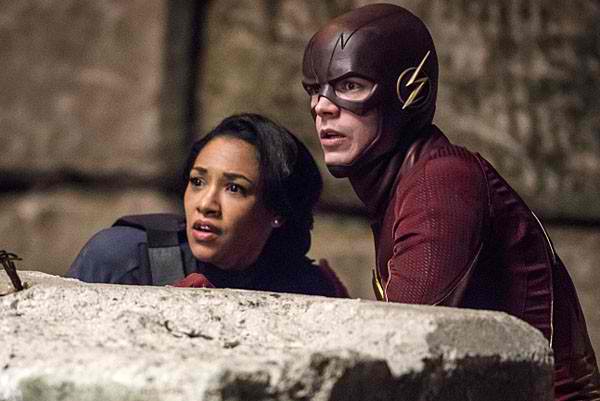 The two most recent episodes of the Flash, titled “Welcome to Earth 2” and “Escape from Earth 2,” had Team Flash along with Harry Wells go on a rescue mission to Earth 2. There, Barry and Cisco met a number of familiar faces on their Earthbut looking and living a slightly different way of life than how they knew them as. One of them is Iris Westplayed by Candice Pattonwhose Earth 2 doppelganger is Detective West, a tough Central City Police detective who stands in the shoes of Joe West in Earth 1.

In a recent interview with Collider, Candice Patton talked about her experience in playing a new perspective to her character and getting to play as and see other familiar characters in a different way.

“It’s nice getting to play a different version of yourself,” Patton said. “You sign on for a show and think you’re just going to play one character for however many years, so it’s nice, for an actor, to have a little bit of fun.”

The visit to another Earth brought fans a new way to see their charactersIris is a tougher woman who works for the police, and even Caitlyn Snow came in as a metahuman villain known as Killer Frost. With that, would Patton be open to donning a costume to fight and become a superhero too in the show one day?

While she is not closing her doors to the possibility, the actress said that should it happen in the show, she hopes that it would be her on another Earth and not on Earth 1. She also noted that being a hero in “The Flash” does not always mean wearing a costume.

“On a superhero show, you have to have people who are really human and who have the experience the audience is having. Iris and Joe are very much that, on our show, and I like keeping them that day,” she said. “I think it would be fun to do it, here and there, but I’m happy with Iris being a plain old human. The thing that I love about ‘The Flash’ and about superhero shows, in general, is that it’s not about having superpowers that makes you a superhero. You don’t have to be The Flash and have super speed to do the right thing. You can be a great reporter or you can be a cop, like Joe West, and still fight for the things that matter.”