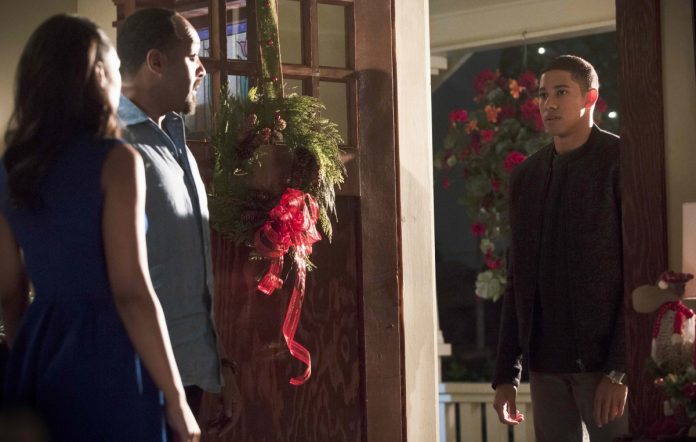 The final moments of the midseason finale of “The Flash” introduced the character of Wally West, the long lost son of Joe Westplayed by Jesse L. Martin–and brother to Iris Westplayed by Candice Patton.

In the comics, Wally West is actually a nephew to Iris West. Also, he will later on become the Kid Flash. But will the same fate happen to the Wally in The CW series? In a recent interview with Just Jared Jr., actor Keiynan Lonsdale talked about his role, his relationship with other characters, and his potential future as another speedster in the series.

“I’d be crazy if I said otherwise!” said Lonsdale, when asked about his potential future as the speedster Kid Flash, if such a perspective to his character will be explored in the series. “I’m sure that’s where we’ll go with it, we have to.”

And in case people behind the show does not make it happen sooner than later, the actor is willing to put up a show to express his eagerness to become the young superhero in the show, too. “If it doesn’t happen soon, I will casually make my own suit and casually wear it on set to make everyone speed up the process,” he jokingly said.

The actor also talked about his character’s relationship with his newly discovered sister Iris. How will they cope up with the fact that they have a sibling all these time?

“I find it funny because it feels more like the sibling relationship you have with your brother or sister when you’re both much younger, almost trying to get each other into trouble and constantly sizing each other up,” he said. “I think they frustrate one another because they’re both strong minded.”

Also, while he had said that a sibling rivalry of some kind will emerge between him and Barry in the future, Joe will still try to be the best father that he can be to Wallythough his efforts would sometimes end up not being for the good of the situation.

“Joe being Joe will definitely try to be the best father he can, so even that can create a disconnect. This isn’t an easy transition, for anyone involved.”

'Game of Thrones' season 7 spoilers: 'Nothing will prepare you for...