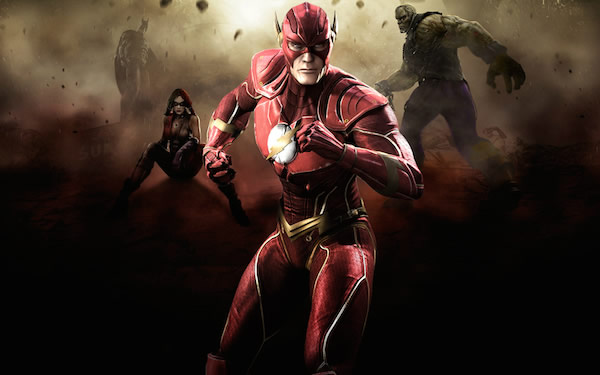 Will fans already see Ezra Miller as The Flash on Batman v Superman: Dawn of Justice?

If the latest reports are to be believed, fans may get to see Ezra Miller’s take on Barry Allen as the iconic Scarlet Speedster make its debut on the upcoming Batman v Superman: Dawn of Justice, along with a “post-apocalyptic” look on his costume.

As reported by Cinema Blend, the Twitter account going by the name DCEU Feed (DCEU means “DC Extended Universe, which is the right term to coin it, instead of “Cinematic Universe”. According to the Twitter post (which noticeably did not cite any source) Ezra Miller himself allegedly revealed that his character as Barry Allen will have a long hair, as he will be appearing in the upcoming Batman v Superman: Dawn of Justice. Additionally, Miller allegedly said that his character will be having a “ripped physique” in the DC Extended Universe film, as opposed to a bulky build. Also, it was hinted that The Flash in the films will be sporting a “post-apocalyptic” costume design. While this was not detailed by the source of the information, it is worth noting that the costumes of Batman and Wonder Woman were both based on “darker” takes on the characters.

This led some to speculate that Ezra Miller’s The Flash, whilst keeping critical and significant elements such as the iconic lightning bolt on the chest, will take on a look that is close to what the superhero looked like in the game Injustice: Gods Among Us.

Previous rumors claim that a scene in Batman v Superman: Dawn of Justice will feature a short peek on The Flash, as a footage of a bank robbery stopped by some kind of “blur” will be shown, though it was not made clear if an actual costumed appearance by Ezra Miller will be seen.

As with all rumors, always treat unofficial information with a grain of salt.