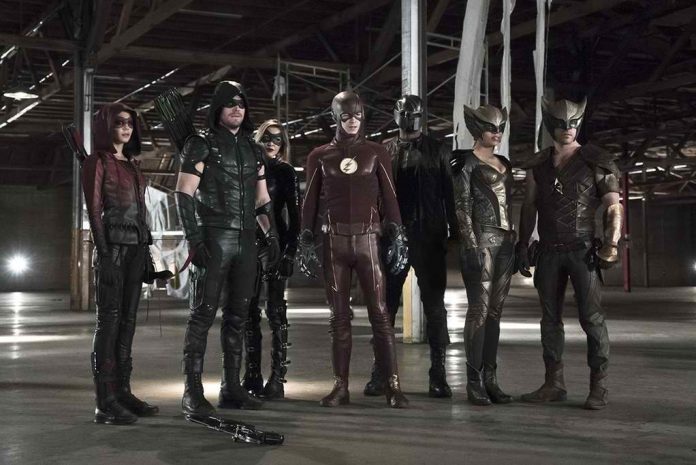 After the success of “The Flash” and “Arrow” crossover episodes aired on Dec. 1 and 2 in preparation for “DC’s Legends of Tomorrow” set to be aired next year, there are rumors that “The Flash” will have another crossover, this time with “Supergirl.”

The rumor was not a surprise, given that “The Flash” and “Arrow” crossover not only garnered the highest rating from its time slot, but also surpassed Nielsen rating to 1.6 from last year’s crossover episode at 1.4.

However, Andrew Kreisberg, executive producer of “The Flash” and “Arrow” slammed the rumor and seems to perceive the idea as far-fetched. In an interview with The Hollywood Reporter he said, “There’s always those late nights, delirious, semi-high on pizza where you’re like, ‘You know what would be really cool? If…,'” pertaining to the source of the rumors.

He continued, “But right now there is no legitimate actual plan to bring [The Flash’s] Cisco [Carlos Valdes] onto ‘Supergirl’ or to bring [Supergirl’s] Winn [Jeremy Jordan] onto ‘Legends’ [of Tomorrow].”

Kreisberg explained that they do not know if they can do it legally. He also mentioned that it will be very challenging.

Similarly, executive producer Greg Berlanti, who oversees both “The Flash” and “Arrow,” also said that there are still no discussions at the moment regarding a potential crossover as “Supergirl” is also picking up more episodes at the moment, reported Ace Showbiz.

Meanwhile, CBS chief Nina Tassler, who runs “Supergirl,” mentioned that even if there are no plans for a crossover at the moment, there are promotional efforts from DC across the different networks. Kreisberg was surprised and said “How they’re going to do that, we’ll see, too,” in the same Hollywood Reporter write up.

With this, there is still a possibility that a crossover will be explored in the future.

'The Winds of Winter' news: Repercussions of the book's delay worry...