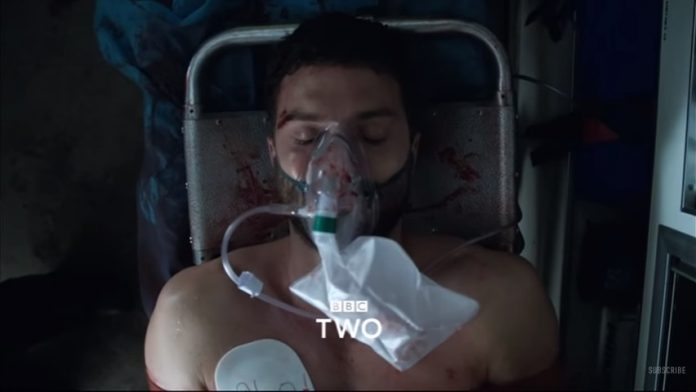 Allan Cubitt’s crime thriller serial, “The Fall” is heading toward its third chapter as the teaser trailer featured cliffhanger moments that left fans eagerly awaiting its return. Many are who have seen the video have been asking whether butcher Paul Spector, played by Jamie Dornan, will live to see another season or otherwise.

As per the teaser trailers dished out by BBC, the first clip features the final moments of last season. Stella Gibson, portrayed by “X-Files” actress Gillian Anderson, was about to finally meet up with Paul. However, shots were heard and Paul is last seen lying in the arms of Stella as the latter called for help.

Moreover, the recently released video features Paul being rushed to the hospital as a team of medical professionals try to stabilize the dying killer. The camera them focuses on a teary-eyed Stella narrating that she needs to have Paul alive for him to pay for his crimes behind bars.

That being said, there are fan theories of Paul being killed off early on in the upcoming season. Though BBC and the showrunners have yet to confirm this speculation, fans and TV critics are suggesting that it’s better to move on from the Spector story plot and feature of another arc for the upcoming season. With Stella chasing the same old crook for the past two seasons, some viewers of the show doubt Stella and her team’s competency in making Paul serve his time with all the women he killed in the previous installments.

However, this may well seem to have been doused by Cubitt as he commended Dornan on his performance and further explained that he planned on having longer working ties with both Anderson and Dornan as the two are considered the prime movers of the show’s successful run.

As of late, there’s no definite date as to when season 3 of the show will premiere.