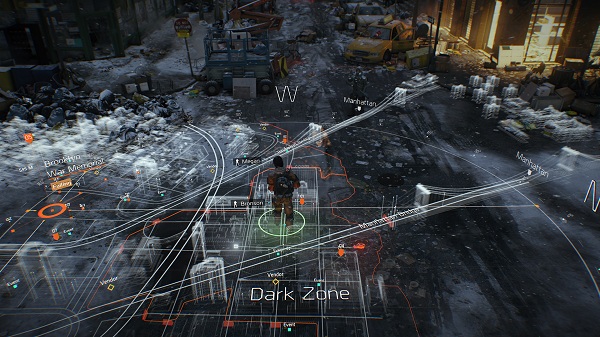 Roughly a week more and fans will be able to sink their teeth into Ubisoft’s “Tom Clancy’s The Division.” While waiting for its upcoming launch, one fan has gone ahead and measured the game’s map size.

The latest beta ended last week and broke records with more than 6.4 million gamers playing about five hours in the game from their PlayStation 4, Xbox One, and PC units. This beta statistics is considered to be the “biggest ever for a new game brand on current generation platforms.” “The Division’s” beta had nearly two million players more than “Destiny’s” beta in 2014. The first person shooter game from developer Bungie and publisher Activision had 4.6 million gamers playing the beta in their PS3 and Xbox 360.

Previously, a comment made by someone from Ubisoft had the PC community worrying that their platform was being “held back” by the consoles. The publisher has clarified this is not the case and even released a new video recently to prove its point. The latest trailer showcased the game running at 60 frames per second (FPS) on a PC. In addition, it also showed off the game’s realistic visual effects created through Ubisoft’s Snowdrop Engine.

“Tom Clancy’s The Division” is scheduled to be released on March 8 to the PS4, Xbox One, and PC.