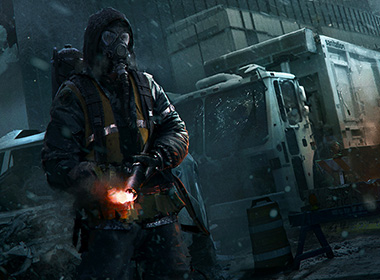 “The Division,” one of Ubisoft’s upcoming multiplayer online games, will not have microtransactions.

This is seen in a response to a tweet by Ubisofts’s community manager Natchai Stappers: “@Tovarisc_There will be no microtransactions, and definitely no P2W.”

The reason behind this is because some of the beta players of the game noticed “Phoenix Credits,” and some worried players felt that the game might become a pay-to-win type.

This news comes as a delight and surprise to the fans, since Ubisoft suddenly changed its practice. Ubisoft has two previous games with microtransactions, namely “Rainbow Six Seige” and “Assassin’s Creed: Syndicate.”

Originally, microtransactions were considered for the game and was mentioned in an interview by Gamespot with Ubisoft’s managing Director David Polfeldt back in 2014. The idea was to cater to those players who would like to shortcut the levelling process.

“Some things require time in the game and some people don’t want to invest time; they want the shortcut. So we’re looking at those types of trades,” he said.

A follow-up interview of Gamespot with Ubisoft’s Creative Director Magnus Jansen confirmed the scrapping of a microtransaction type of game.

“[A level-skip] was under consideration but it never made it into the game,” he explained in an interview back in January. “So there won’t be any microtransactions like that. No shortcuts.”

As the game draws near its release date, the picture is now clear that the game will not have microtransactions but rather paid expansion packs. This may be one of Ubisoft’s biggest games to hit the market and is seen by the huge number of people who played the beta breaking ip record with 6.4 million players.

The game is set for full release March 8 and the company is confident that the game will join the ranks of “Destiny,” “Watch Dogs,” and “Assassin’s Creed” as one of the biggest block buster launch.