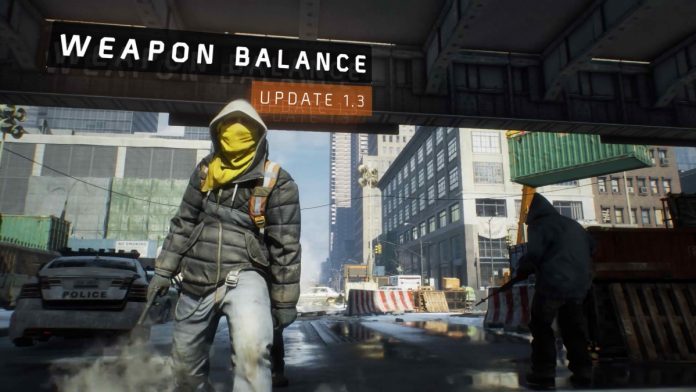 Ubisoft will be releasing a new patch update to their hit shooter game “Tom Clancy’s The Division.” The update would be released sometime around this week. Unlike most patch updates, this new update would roll out with the aim of fixing the unbalanced weapons meta in the game, wherein a single family of weapons get the most attention while the other family of weapons do not get to much use by players.

“The weapon Meta has been a huge topic of discussion within the community,” Ubisoft said.
“Using statistical data and community feedback, we looked at what needed to be changed to help bring more variety to weapons.”

Based on the statistics gathered by Ubisoft, it was revealed that majority of the players of “The Division” use weapons from the Submachine guns (SMG) and the Marksman Rifle family. Specifically, the AUG and the Vector paired with an M1A is a player favorite.

To address the unbalanced domination of the SMG and Marksman Rifles in the game, Ubisoft will be adding unique bonuses for each weapon family so the player would be able to do something using a certain weapon that the others cannot do, and an effect that other weapons do not have. The Shotgun, which turned out to be the least favored weapon family, would be getting an increase in its base damage input.

New weapons would also be introduced, as well as the ability to reroll talents on weapons, and changes on Special Ammo, too.

Now, as for the weapons that are the center of the update the AUG and the Vector would both be nerfed and their damage decreased. Also, the update would implement an adjustment to the M1A. The AUG and Vector’s damage, after the update, should then see a decrease of 10 percent as compared to their current damage rate.

The minimum accuracy cap for the M1A would be increased. The more the player shoots consistently, the cross hair will grow to a much larger size than it previously did.