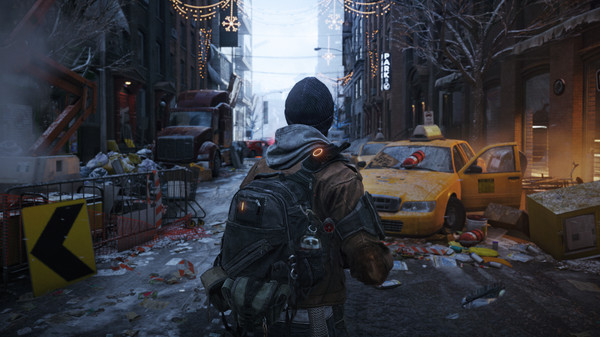 Game publisher Ubisoft has started to reward players of the hit shooter game “Tom Clancy’s The Division” with a bonus item that drops within the game twice a month. The latest supply drop for Season Pass holders has recently commenced and the item can be found in a place noted in the map of the area of Manhattan.

Ubisoft has announced the new program, aimed specifically to reward players who have shown their dedication and loyalty to the game by buying for themselves the Season Pass. The Season Pass is a premium game item that players pay for in advance to gain access to all of the upcoming downloadable content (DLC) for the game, even prior to their release. This would have them get whatever new DLC the game would have for the entire season the moment it gets available, whereas for other players it would still need to buy it via a standalone purchase every time a new DLC gets released.

The said program was a result of the game developers wanting to reward their most loyal players in a more rewarding way by giving them a regular bonus as a token of appreciation for what they had contributed to the growth of the game.

“When we first announced the content of the Season Pass before the release of the game we wanted to give you visibility on what to expect,” Ubisoft said. “At the time we were working on a fun bonus on top of the other activities, a token of thanks for your loyalty and commitment to the future of the game. We soon realized however that the expectations far outreached what we had initially envisioned and quickly decided to work on a more developed version.”

As of now, Season Pass players get a drop twice a month. This comes in the form of a chest guarded by a group of level 32 NPCs. The chest contains three items of High-End or Gear Set quality adapted to the player’s Gear Score. Ubisoft would increase the frequency and variations of the item in the upcoming update 1.4.