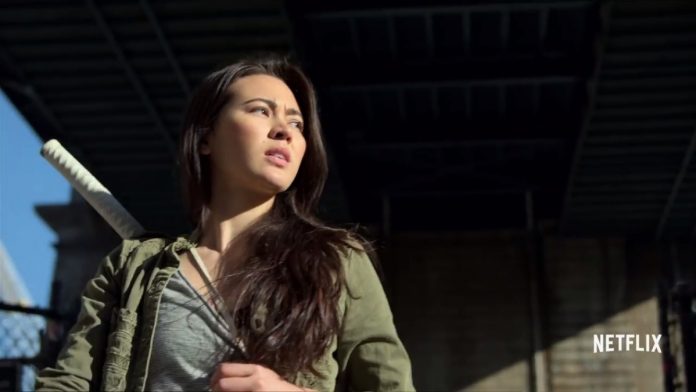 Fans have been talking about how “Avengers: Infinity War” was going to bring together everyone from the Marvel Cinematic Universe (MCU), but Marvel Studios president Kevin Feige didn’t really invite Netflix’s Marvel characters to the party. Well, it looks like these characters are going to have a party of their own, and “The Defenders” is about to get a little crowded.

The latest to join the cast of the show is Jessica Henwick, the actress who is going to play martial artist Colleen Wing in “Iron Fist.” Wing is one of Iron Fist’s staunchest allies who is also a close friend of Misty Knight in the comic books. Simone Missick is going to be portraying Knight in the show, so fans will see the two characters meet for the first time.

Rosario Dawson, Rachael Taylor, and Scott Glenn will also appear in “The Defenders.” Dawson will play night-shift nurse Claire Temple. The character has appeared in every Marvel TV series to date. Taylor will reprise her role as Trish Walker, Jessica Jones’ (Krysten Ritter) best friend and a formidable martial artist herself. Glenn is going to portray the blind martial arts master Stick.

The aforementioned characters will join Matt Murdock aka Daredevil (Charlie Cox), Jessica Jones, Luke Cage (Mike Colter), and Danny Rand aka Iron Fist (Finn Jones) as they face the yet to be named villain played by Sigourney Weaver.

Doug Petrie and Marco Ramirez will act as showrunners for “The Defenders.” The two are also showrunners for “Daredevil.” “Jessica Jones” director S.J. Clarkson will direct the first two episodes of the series.