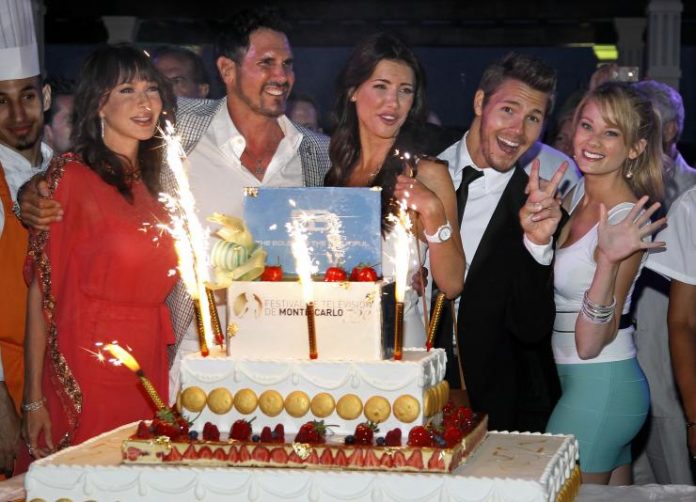 This week on the Bold and the Beautiful will revolve around celebration of the fourth of July with the Forresters and the Spencers.

According to IBTimes, the episodes will focus on Ridge and Steffy Forrester who announce major changes at Forrester Creations to their staff. This may have something to do with a new line that Steffy is trying to promote. Of course, with Steffy’s good news, Aly will definitely be out on a warpath, especially in the aftermath of their tiff about Liam.

This Thursday, Liam and Ivy are expected to change something in their relationship and it may involve annullment. While it seems like Ivy is giving up on the union, rumors suggest that Ivy makes it clear that she is not ready to give up on Liam just yet.

It would also seem that the conflict between Steffy and Aly is just heating up as the latter calls out Steffy for being irresponsible like her mother Taylor.

The synopsis for Thursday, states: Ridge and Steffy make a big announcement; Ivy and Liam decide to alter their relationship, while the final episode for the last episode of the week reads: The Forresters and Spencers celebrate the Fourth of July; Vivienne Avant (Anna Marie Horsford) arrives in Los Angeles looking for her daughter, Nicole.

Meanwhile, other rumors suggest Zende and Nicole’s relationship with take a positive turn as they bond over Rick and Brooke’s warm welcome for Zende. Spoilers indicate that even as Zende tries to prove himself as a Forrester, he wants Nicole to see him beyond his surname.

Fans are already getting to ship the couple as CBS tells more of their blossoming friendship in future episodes.