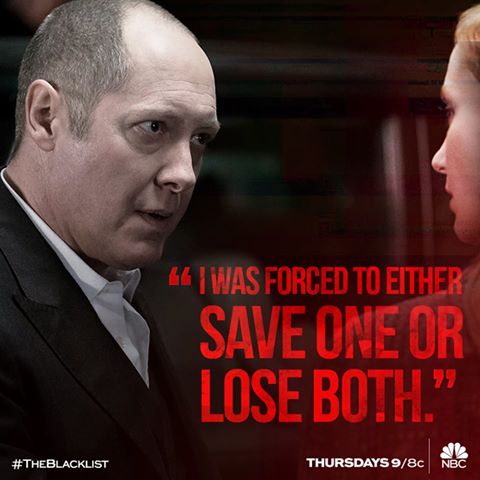 The task force will be nearing the end of its hunt for revenge in the penultimate episode of NBC’s “The Blacklist” season 3.

Titled “Alexandr Kirk,” episode 22 will have the FBI alongside Raymond Reddington (James Spader) moving closer in capturing the titular mysterious arch-criminal portrayed by Ulrich Thomsen. He is responsible for the recent tragic events that they have experienced. However, they are forced to operate outside their comfort zone and even beyond the law in order to take down their enemy once and for all.

Viewers may remember that after the shocking death of Elizabeth “Liz” Keen (Megan Boone) in episode 18, her friends become adamant in catching the person who tried to kidnap her. But in order to do so, Red may have to join hands with the mercenary group called Halcyon.

In an interview with Entertainment Weekly, Mozhan Marn, who plays Samar, teased that Red’s decision to cooperate with Scottie Hargrave (Framke Janssen) and the Halcyon to track down the suspect will not sit well with the FBI. “We don’t want to do it. There’s always some kind of division on our team. Everyone wants to do the same job in a different way,” he stated.

Meanwhile, reports claim that the installment will also serve as a backdoor pilot to a potential spinoff focusing on Tom Keen (Ryan Eggold) and Hargrave. The latter is predicted to see a lot of potential from Tom and asked him to join the mercenaries. Although he is willing to get his hands dirty to avenge his wife’s demise, it remains to be seen if he will be on-board Hargrave’s future plans.

Moreover, it is revealed that Kirk and Red actually had a history together which could be made known before the current run wraps up.

Season 3 episode 22 is slated to air on May 12, followed by the finale “Alexander Kirk: Conclusion” on May 19. Both on Thursday nights at 9 P.M. EST.