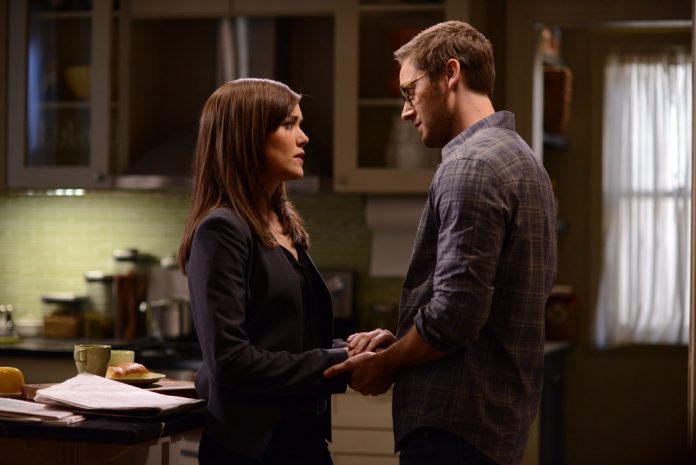 Things were in disarray when “The Blacklist” season 3 ended. And with the confirmation that the show will pick up almost exactly where it left off, fans can expect a multitude of chaos going down both on Red (James Spader) and Liz’s (Megan Boone) side.

“We pick up literally moments later. And it’s CRAZY,” creator Jon Bokenkamp recently tweeted to answer a fan query with regard to the premise of season 4.

That being said, the thriller will surely juice up the revelation that Liz is the daughter of the ever mysterious Alexander Kirk (Ulrich Thomsen). If the show is also feeling a little bit generous, viewers can probably get a hold of Kirk’s explanation on what exactly the beef is between him and Red.

Aside from the being caught in the middle, between her supposed father and her newfound friend, Liz has also some other matters to sort out. With Tom (Ryan Eggold) and baby Agnes on the run in Cuba, the FBI agent will be dealing with the situation herself.

“I can tell you Tom and Liz have a s*** ton of problems…” Bokenkamp added, dampening the hopes of fans that at least Tom will find a way to be the saving grace of his wife.

Nevertheless, the executive producer has been forthcoming when it comes to the kind of life Liz and Tom will have, especially now that they have an offspring to consider.

“The only thing that we feel confident in is it won’t be Tom and Liz with a baby, changing diapers, and becoming a domestic drama of a perfect little family who are raising a child. That’s not what our audience is interested in, that’s not what the show is. The show is about turns, and surprises, and identity, and secrets,” he previously told Entertainment Weekly with regard to the aforementioned situation.