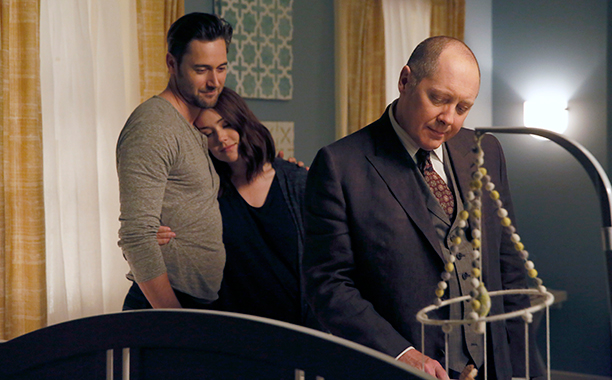 In the more than half a season that “The Blacklist” had been dealing with Alexander Kirk (Ulrich Thomsen), last night’s midseason finale may have actually allowed the narrative to move forward without Katarina’s (Lotte Verbeek) ruthless husband. Needless to say, as much as the show wanted to provide some sort of closure, it actually posed new questions that will carry over until the series comes back for the remaining episodes of the current season.

It is quite difficult to decipher whether Red (James Spader) was actually telling Kirk the truth about being Liz’s (Megan Boone) real father. After all, he was drug-induced and in a haze and maybe, out of the sheer will to survive, he decided to feed his arch nemesis’ twisted ways. It does not also necessarily help that the former convict has a history of being a good liar.

When executive producer Jon Bokenkamp joined Entertainment Weekly for a post-mortem session, he was also about cagey on the matter, as expected.

“Well, he did say he was her father and he sounded like he meant it. That said, he was also heavily drugged with god knows what. I’ll let you decide,” he said when asked to confirm Red’s big admission.

The interesting thing here is, more often than not, when someone is unclear, there is still a big plot point hinged to it that will be tackled in the future. And this one from “The Blacklist” may not be different.

“Ultimately this is a ‘chosen one’ story. Elizabeth Keen is clearly incredibly important to Red. Why? That’s what we’re slowly revealing over time, and trust me, the answers are all there. As you pointed out the father theory is only one of many. For me, it was never so much about is he her father or is he not but why is this young woman so important to Raymond Reddington?” Bokenkamp continued, still not addressing Red’s admission of paternity but instead reiterating the premise of the series.

In retrospect, “The Blacklist” does cliffhangers quite oddly. Last season, when it felt like every show was dealing with the “who got killed” question, it was revealed that Liz was, in fact, alive after faking her death. Needless to say, her existence opened up brand-new possibilities that the show eventually tackled this season.

“The Blacklist” season 4 has yet to nab a return date but fans can expect it to be back on NBC sometime early next year after its midseason hiatus.