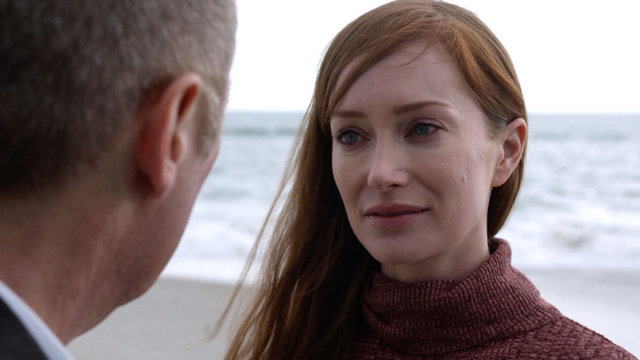 The complex family drama involving Megan Boone’s Liz will only get more complicated with her mother, Katarina (Lotte Verbeek) joining the chaotic situation in the new season of “The Blacklist.”

Katarina’s return was confirmed by executive producer Jon Bokenkamp in an exclusive interview with Entertainment Weekly last week. The character has only been seen in glimpses all throughout the three seasons of “The Blacklist.” However, the forthcoming season will provide a more in-depth role for Liz’s mom, given that her existence has arguably piqued the interest of fans.

“In the first two seasons, we used pictures and a few fragments of memory, but Lotte brought Katarina to life in ‘Cape May,'” said Bokenkamp. “The fan response to that character has been great. The episode itself was a departure, but we’ve found some really interesting story opportunities as a result.”

Currently, the “Outlander” star is only slated for at least two episodes in “The Blacklist” season 4. Unfortunately, the specifics of her appearance are being kept tightly under wraps presumably because it has a pivotal part in the arc of the show’s narrative.

Katarina’s full dive into the story cannot come at a worse time, at least for Liz, who has just discovered the identity of her real father. After a tumultuous homestretch last season, involving her faked death and her family seeking refuge in Cuba, she was also introduced to her supposed father, Ulrich Thomsen’s Alexander Kirk. The involvement of James Spader’s Red in all of this is also something that fans can look forward to, given that he has to come to terms with the fact that his trusted partner is the daughter of his arch nemesis.

Production for the crime thriller is currently ongoing with the latest sighting of the cast and crew in Staten Island, New York.