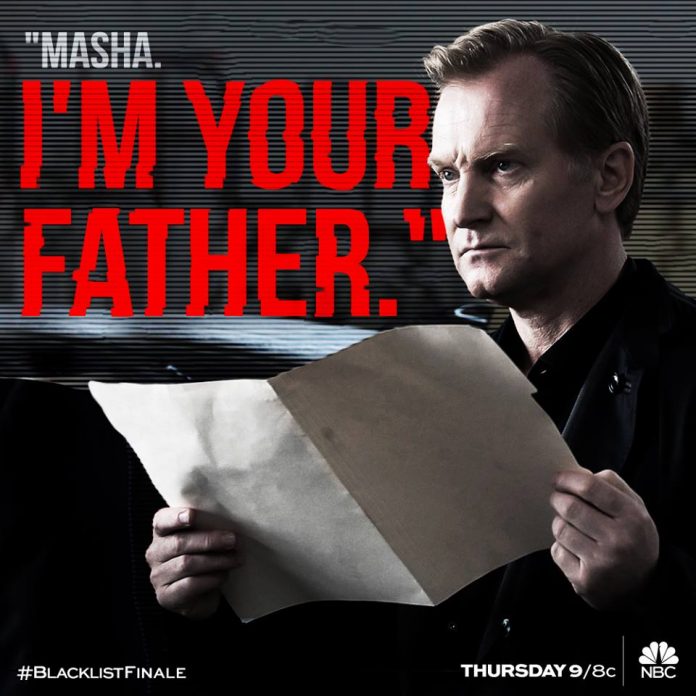 Elizabeth “Liz” Keen’s (Megan Boone) parentage will be given more focus when season 4 of NBC’s “The Blacklist” hits the small screen later this year.

During season 3’s finale, Alexander Kirk (Ulrich Thomsen) told Liz that he was her real father. The revelation was in contrast to what Raymond “Red” Reddington (James Spader) has had her believe that her parents have passed away and that her father died when she accidentally pulled the trigger on him.

Although it might make sense for fans if Liz does not believe Kirk’s claims, executive producers Jon Bokenkamp and John Eisendrath mused that Liz has no real reason to doubt Kirk’s statement.

Talking to Entertainment Weekly, Bokenkamp explained, “I don’t know why we wouldn’t believe him. Red’s said before that he’s not Liz’s father. This man shows up in her life and says he’s her father. Liz should take him at his word.” He added that her memories of shooting her father will be revisited in the follow-up installment.

The writers will also reportedly help untangle the truth and possibly consolidate Kirk’s side of the story in the narrative, as his arrival may confuse fans and question their trust on the story the show is telling. Viewers may remember that Kirk had located Liz when the media released her Russian name during last year’s manhunt.

“All of the things that you would point to and add up on one side of the ledger that might discount this guy’s story about his being her father, we are responsible for next year and in years to come to incorporate it into the story that we’ve already told,” Eisendrath assured.

However, it does not mean that she may automatically be exempt from whatever he is planning, “He says he’s her father, but is he going to hurt her, help her, be kind to her, or does he want to destroy her?” the showrunner continued.

With Kirk’s relationship to Liz being unveiled, Bokenkamp further teased that it will give the fans a “far deeper understanding” of Red’s connection to Liz.

Season 4 of “The Blacklist” is slated to air sometime during the fall.

'The Last Man on Earth' season 3 premiere: Will Forte chooses...