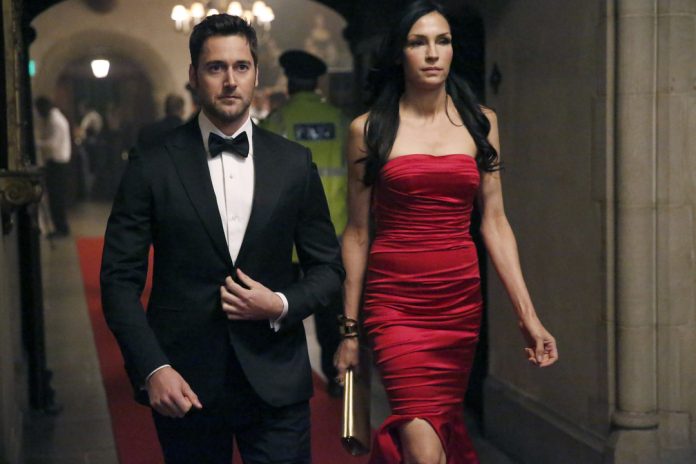 The most awaited revelation has finally come to light in the crime drama “The Blacklist: Redemption.”

The latest episode ended with Howard (Terry O’Quinn) divulging to Scottie (Famke Janssen), the leader of Halcyon Aegis, that Tom (Ryan Eggold) is Christopher, her son who she thought had died years ago.

While the young fearless FBI agent was busy saving Lang’s family from being kidnapped for ransom, Scottie confronted the mentally ill Howard about his accomplice in Halcyon. Dumont (Adrian Martinez) fixed the blurry footage which showed Tom helping his father escape.

Scottie ordered to kill Tom, but the operative’s dad dropped the huge revelation. The female head of the mercenary group immediately stopped the assassination, and she was left weeping.

“Scottie now knows she’s been lied to by the son she’s searched for all these years she knows Tom and Howard have been working against her in secret so there’s a great emotional story to explore; a real war that’s going to explode,” executive producer Jon Bokenkamp explained to Entertainment Weekly.

“That was never intended to be a secret we keep for eternity or something that we would question. It was just a condition that Tom lives with, and so that coming out is going to open up the story in a really compelling way,” Bokenkamp continued.

The showrunner admitted that the “weird screwed up family dynamic” is the cutting edge of the whole series, and with that being said, the upcoming episodes are going to be amusing and surprising. He teased that viewers would soon learn if Scottie is really her mother or if she is just a member of the Russian espionage team.

As seen in the previous episode, the father-and-son duo uncovered some documents that pertained to the plastic surgery done by Russian operatives in order to copy their target’s faces. Also, what is the thing that Howard keeps telling Tom to expose?

The seventh episode of “The Blacklist: Redemption” is scheduled to air on Apr. 6 on NBC.

'Sherlock' season 4 news: Show to air on BBC in January...