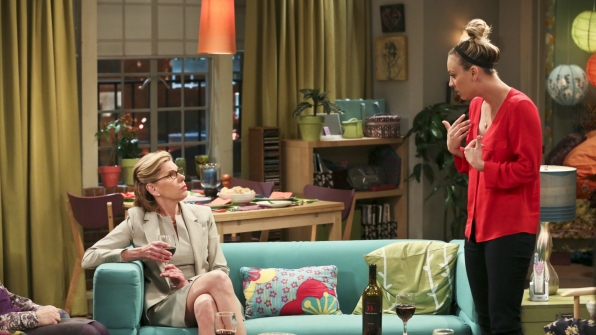 CBS’ critically acclaimed comedy series “The Big Bang Theory” is down to its final installment for season 9, featuring a recreation of major life event.

Viewers may remember from last week episode’s that the doctor visited his son but he is away with Sheldon (Jim Parsons) for a movie screening. During her arrival, Penny (Kaley Cuoco) entertained her mother-in-law but she did not make it easy on her. It turned out the she has some resentments because of the couple’s quick getaway wedding in Las Vegas.

Beverly revealed that even though she has been treating her son coldly in the past times, she wants to be there for his big moment. To make up for it, Penny said that they will be having a more traditional second wedding where their family will be invited.

In the concluding installment, Penny and Leonard will be helped by their friends Sheldon, Wolowitz (Simon Helberg), Koothrappali (Kunal Nayyar), Amy (Mayim Bialik) and Bernadette (Melissa Rauch) in planning the gathering.

Reports claim that with Leonard’s father also joining the event despite being recently divorced to his mother, the supposedly fun celebration may suddenly turn into a drama with fresh emotional wounds being opened. It remains to be seen how Leonard will react to his parents especially on the day he pledges a lifetime connection to Penny in front of everyone.

Moreover, with Sheldon’s mom coming, more interesting circumstances are predicted to unfold. Meanwhile, Wolowitz and Koothrappali believe that the government is out to get them when they are contacted about their guidance system.