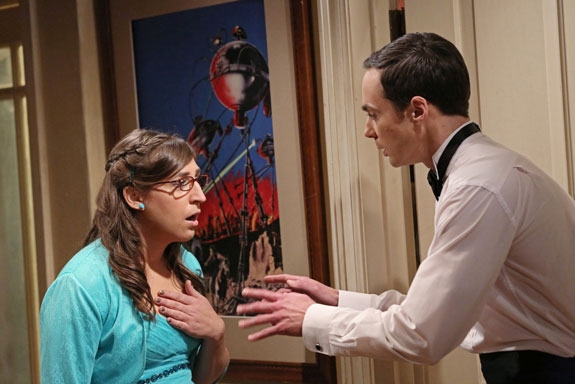 Details of the upcoming season nine of popular CBS comedic series, “The Big Bang Theory,” are hard to come by as the cast and crew are adamant on keeping the plot under wraps ahead of the show’s return on September 21.

Some bits and pieces showrunner Steve Malaro let slip are scoops on the possible status of each beloved character’s relationship.

Talking to TV Line during San Diego Comic Con, he said: “We pick up a few hours after the Season 8 finale. Leonard and Penny were headed to Vegas, and we’re going to catch up with them right there.”

However, it is still not clear if they will actually tie the knot after they decided to elope. Rumors have it that the network is looking to cast a male actor in his 50s to play the character of a minister.

He was then asked about what happens to Sheldon and Amy after the shocking season eight finale where the latter said she needs a break and Sheldon was depicted to be holding a ring which viewers assume to be for possible engagement.

In an interview with Los Angeles Times, Mayim Bialik who plays Amy, mentioned that show followers should not jump to all sorts of conclusions since anything can happen in the series.

The actress jokingly concluded that maybe only Gollum, whom Sheldon confided in during the finale, really knows what the ring is for.