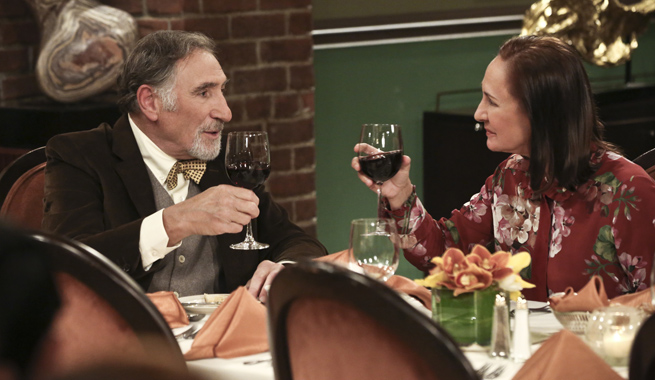 “The Big Bang Theory” wrapped up its ninth season, but instead of tying a red bow on it, fans are reveling at the marvel of the cliffhanger narrative that the sitcom adapted on its chapter-ender.

The episode titled “The Convergence Convergence” saw events leading to the second wedding ceremony for Penny (Kaley Cuoco) and Leonard (Johnny Galecki). But while it was supposed to be the couple at the center fold of things, another brewing romance had arguably taken over people’s attention and that is between Leonard’s never before seen Dad, Alfred (Judd Hirsch) and Sheldon’s (Jim Parsons) mom, Mary (Laurie Metcalf). Fans get a kick out of the best friends squirming at the thought that their respective parent may be spending the night together especially when both of their mobile phones became out of reach. Unfortunately, the episode and season ended with no way of knowing whether Alfred and Mary actually got things going on.

Given the premise that “The Big Bang Theory” set up its next installment, showrunner Steve Molaro was asked what season 10 will look like given the squeaker.

“Right now, it’s to continue with the stories that are in play. We have all these family members that are there and hopefully more to meet for the first time,” Molaro told The Hollywood Reporter referring to Alfred and even Sheldon’s Meemaw (June Squibb) who finally visited Pasadena last season.

“The plan for now, and it’s not set in stone, is that we’re coming right back into the situation that was created the night before [with their nightcap],” he added hinting that viewers may actually find out whether the two elderly decided to jump in the gun and if so, what are the repercussions of it

On top of that, the CBS show is also slated to explore more on the storylines which have already been laid out including the baby coming for the Wolowitzs

“We can continue with this guidance system and see where that goes professionally, personally and financially. There’s a baby on the way [for Howard and Bernadette], Penny is unhappy with her career. There are a lot of pieces already in play that for now, we just want to continue with.”