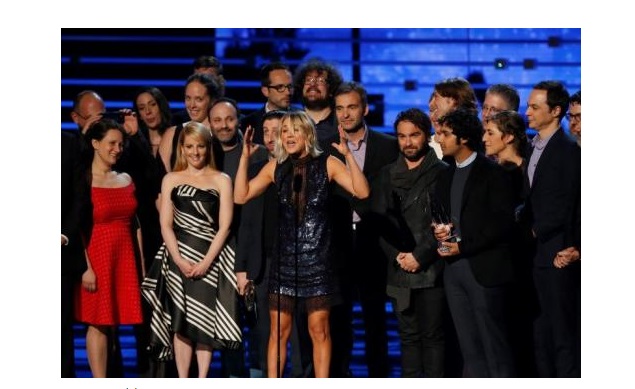 It is now official that CBS’ long running sitcom, “The Big Bang Theory” will be returning next month and reports are now suggesting that a very unusual character will be paying a visit to join in with the gang’s mayhem.

Actress Mayim Bialik, who plays Amy on the show, shared a picture of her with “Pretty Little Liars” star Brandon Jones on her social media account. In Bialik’s caption for the post, she gave prominence to the word “flash,” which fans immediately took to mean that DC superhero The Flash would be gracing the set of “The Big Bang Theory.” Furthermore, the actress posted the same image on her Instagram and it came with a message complimenting the actor. She further hinted that Jones looked good in latex in which actor responded on a positive note.

It’s a no-brainer to fans that physicists Sheldon Cooper, played Jim Parsons, and Leonard Hofstadter, portrayed by Johnny Galecki, are just two of the characters in the show who consider The Flash as their all-time favorite superhero. Fans might recall that there have been numerous episodes in the show’s history where these two have worn Flash-themed outfits and even costumes to manifest their idolization to the famous speedster. The showrunners might have thought that it would be fitting to reward these two brainiacs with a subplot that they deserve.

Meanwhile, there are also reports that Penny (Kaley Cuoco) and her mom’s relationship will be turning sour next season as it was spilled by showrunner Steve Molaro. This is due to the fact that Penny’s sibling, Randall (Jack McBrayer), has been a constant pain in the behind of their parents, most especially to their mother with all the drug selling that he’s been doing over the years.

In addition, it is said that the mentioned scenario will be part of the show’s season 10 premiere on Sept. 19 on CBS.