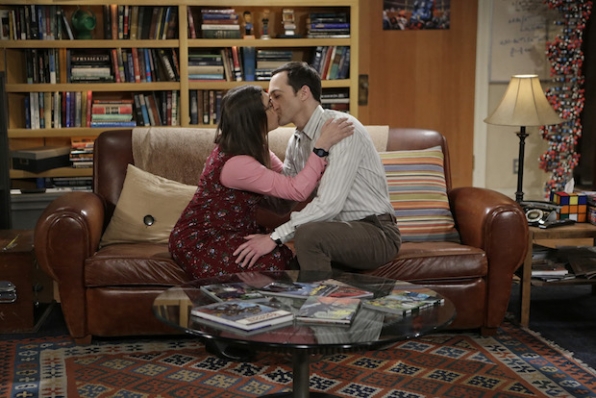 Ten seasons is a long time but it does not feel quite like that for “The Big Bang Theory” gang as the sitcom delves into new territory with its characters having significant developments in their lives.

The series’ ninth season may have been a preview of what is to come with Bernadette (Melissa Rauch) and Howard (Simon Helberg) expecting their firstborn, and Penny (Kaley Cuoco) and Leonard (Johnny Galecki) deciding to have a wedding ceremony again for the sake of their families.

Given the ever expanding lore, executive producer Steven Molaro shared that as the show goes on so does the development of his beloved characters.

“The characters continue to grow, their relationships mature and we’ll just see where it takes everybody,” he told Entertainment Weekly for the outlet’s “The Big Bang Theory” special. “As you know, their growth is organic and we don’t plot out an entire year, so it keeps it exciting for us, because we never know exactly what’s going to happen until it does and it can even catch us off guard in the writer’s room, which I love.”

While the rest of the cast have interesting plot lines geared towards them, nothing has been as hyped as much as Sheldon (Jim Parsons) and Amy (Mayim Bialik) deciding to go all the way last season. More so when the two had an extremely rocky patch at the start of the installment prompting them to break up and even date other people. Fortunately, one of TV’s most beloved couples was able to sort out their differences and even took their relationship to the next level by spending the night together.

So, with the two genius lovebirds on a different level of romance coming into season 10, Molaro was asked where the relationship could possibly be headed, for example, maybe finally living together. “It’s possible,” the writer pondered. “But I’m stressing the word experiment and it’s something that would they even consider it? Well, usually it’s a good way to trick Sheldon into doing things is by framing it in terms of science.”

Should this be the case, the iconic living room where the shenanigans of “The Big Bang Theory” squad mostly happens may be seen less compared to previous seasons. This means a more tangible shift in the narrative given that it has been a staple for the sitcom in its many years of being on air.

“Without giving away too much, there are ways that we can experiment and the show still very much feel like the show,” Molaro countered. “At the end of the day, as long as those people are gathered in that living room to hang out and eat dinner, I think it will always be the show.”

'The Good Wife' season 7 news: Aftermath of Eli's confession on...