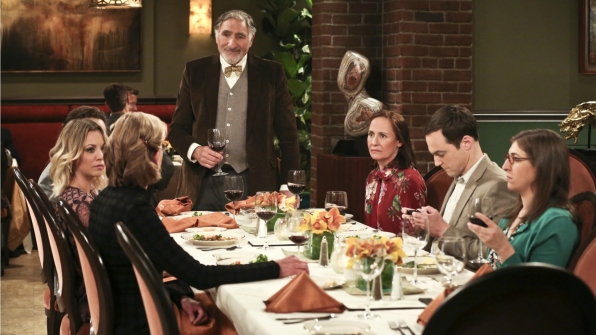 CBS has finally revealed their fall schedule, with the highly anticipated season 10 of the critically acclaimed comedy “The Big Bang Theory” premiering on a new time slot for the meantime.

According to TV Line, the first episode will air on Monday, Sept. 19. The network will return to its regular lineup post-football on Thursday, Oct. 27. Seemingly reflecting the viewers’ excitement, pop star Selena Gomez proved that she is one of the biggest fans of the show as she posted a picture on Instagram and captioned it with, “The one thing that gets me going before anything.. Sheldon Cooper -Big Bang Theory.”

When the series returns to the small screen, fans will finally see if the budding romance between Leonard’s (Johnny Galecki) father Dr. Alfred Hofstadter (Judd Hirsch) and Sheldon’s (Jim Parsons) mother Mary Cooper (Laurie Metcalf) has turned into a possible romance after having a night to remember. It can be recalled that back in the finale of season 9, Alfred and Mary were revealed to be staying at the same hotel. The former asks the latter to join him for a nightcap which she gladly accepted.

Talking to Entertainment Weekly, executive producer Steve Molaro previously teased “I know they were getting along quite well, and left to go to the same hotel for a nightcap, and turned off their phones. The details of exactly what happened, if we even ever find out all the details, will be left for the season premiere of season 10.”

Aside from the outcome of Alfred and Mary’s potential new relationship, the narrative is also expected to feature Leonard and Penny’s (Kaley Cuoco) exchange of vows for the second time and Bernadette (Melissa Rauch) giving birth to her baby with Howard (Simon Helberg). Their adventures in parenting will also be given more focus.

However, as their friends move forward to adulthood, it does not necessarily mean that Sheldon and Amy (Mayim Bialik) will also hear wedding bells in the near future, “It’s so soon. Those two move famously glacially, so one microscopic baby step at a time for them,” Molaro added.