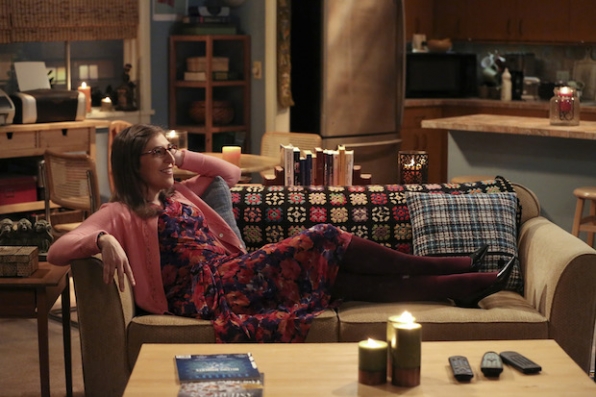 It seems that as “The Big Bang Theory” nears the premiere of their 10th season, stars of the show cannot help but reminisce how they got involved with the now pop culture phenomenon. Mayim Bialik recently shared how she got cast in the role of Amy Farrah Fowler, a scientist and the love interest of Jim Parson’s Sheldon.

The main difference between Bialik and her co-stars is that she actually is a scientist with mad skills specifically in the field of neurology, much like her character. On top of that, she also has a background in acting as she has previously starred in “Blossom” as the really smart teenage protagonist. Given her long list of accomplishments, it is almost safe to say that she fits the role to a T. Interestingly, the 40-year-old actress recently admitted that there was a time that she was ignorant of the show even if it was already making waves soon after it premiered on TV.

“I had never seen it,” Bialik told Samantha Skey, president of SheKnows Media, during her stint at the #BlogHer2016 Experts Among Us Conference, referring to the time before she was part of CBS’s hit sitcom. “I had heard about it and thought it was a game show, ’cause someone told me I was mentioned on it, I think in the first season.”

The actress was supposed to be just a guest star for the show back in season 3 when she came up as Sheldon’s perfect match in an online dating website. However, her chemistry with the odd and sometimes difficult theoretical physicist was so palpable that she was eventually brought on board as a series regular come season 4.

Bialik’s revelation comes shortly after co-star Simon Helberg’s account of his own casting experience with the hit sitcom. The actor who plays Howard told late-night show host Stephen Colbert that he was initially thinking of passing on the opportunity as he no longer wanted to play a nerd. Fortunately, he changed his mind just in time to nab the part.