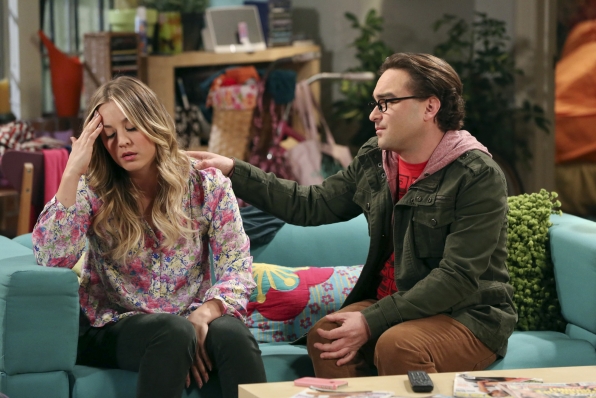 The ninth season of “The Big Bang Theory” introduced Leonard’s (Johnny Galecki) father, Alfred (Judd Hirsch) and revealed that Leonard’s parents still had some unresolved issues between the two of them. When the CBS show returns, it looks like Penny (Kaley Cuoco) will also be dealing with some family problems as her mother and brother will be at odds in the new installment.

Executive producer Steve Molaro spoke with Entertainment Weekly and previewed Penny’s family drama in the season 10 premiere. Penny’s mother, Susan, will be played by “Sons of Anarchy” star Katie Sagal, while her brother, Randall, will be played by “30 Rock” alum Jack McBrayer.

“Penny’s close with her dad,” said Molaro. “As we know, her brother Randall has been a bit of trouble over the years, selling drugs and being in and out of jail, and that’s put a lot of stress on her mom. You will pick up on the tensions between her mother and brother very quickly, and you get a glimpse of Penny and her dad being caught in the middle of that.”

It is unknown whether Penny’s family members will be seen throughout the entire season, but all of them will be in the premiere, along with her dad, Wyatt (Keith Carradine). The casting marks a reunion for Sagal and Cuoco, who also played mother and daughter in “8 Simple Rules.”

Apart from Penny’s family problems, the season premiere is expected to pick up where it left off in the finale and will likely reveal what really happened between Alfred and Sheldon’s (Jim Parsons) mother, Mary (Laurie Metcalf) after they spent the night together in their hotel. As for Amy (Mayim Bialik) and Sheldon, Molaro said that while the pair have said goodbye to their “Fun With Flags” internet show, the two will go to a “real-life flag convention” in season 10.

The new installment will also feature Bernadette’s (Melissa Rauch) pregnancy and Penny weighing her options when it comes to her career.