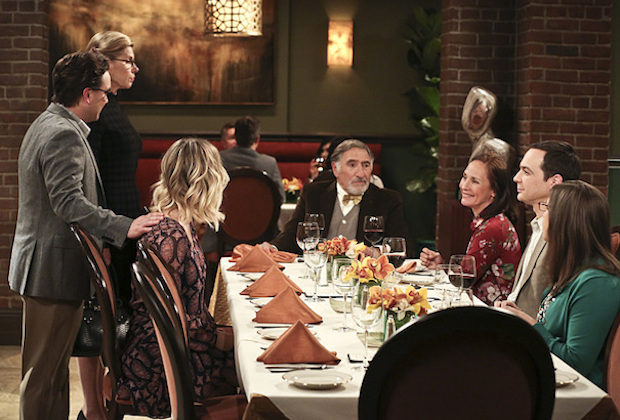 The highly anticipated season 10 of CBS’ critically acclaimed comedy series, “The Big Bang Theory,” is reportedly under production with some of the cast and crew posting behind-the-scenes photos.

Kunal Nayyar, who portrays Raj Koothrappali, took to Instagram to reveal that new season’s premiere, or the 208th episode of the franchise, was written by Chuck Lorre, Eric Kaplan and Jim Reynolds. The installment is to be directed by Mark Cendrowski, but the actor covered the title of the episode with a pen.

Although the premiere’s title was not revealed, executive producer Steve Molaro teased to TV Line that viewers can expect that there will be guest stars in episode 1. These include Katey Sagal and Jack McBrayer.

When it comes to the narrative, the showrunner also disclosed previously that episode 1 picks up from when Sheldon’s (Jim Parsons) mom Mary (Laurie Metcalf) and Leonard’s (Johnny Galecki) dad Alfred (Judd Hirsch) spent the night together.

Meanwhile, Penny (Kaley Cuoco) will meet her mom Susan (Sagal) and brother Randall (McBrayer) at the airport as they arrive to attend her second wedding with Leonard. Fans will see some awkward encounters between the three as they travel back to the venue of the celebration.

“We love Katey and this isn’t the first time we thought of having her on the show playing other roles. We talked to her about a role in the past and that didn’t work out. But her name has been floating around and we love her. And we thought it’s time to meet Penny’s mom and I talked to her,” Molaro stated.

On a related note, CBS Entertainment president Glenn Geller shut down the rumors that the franchise will be ending after the upcoming installment. “We are very confident that everyone involved wants more ‘Big Bang’ past year 10 and I know Warner Bros. will make those deals,” he announced during the recent Television Critics Association summer press tour.