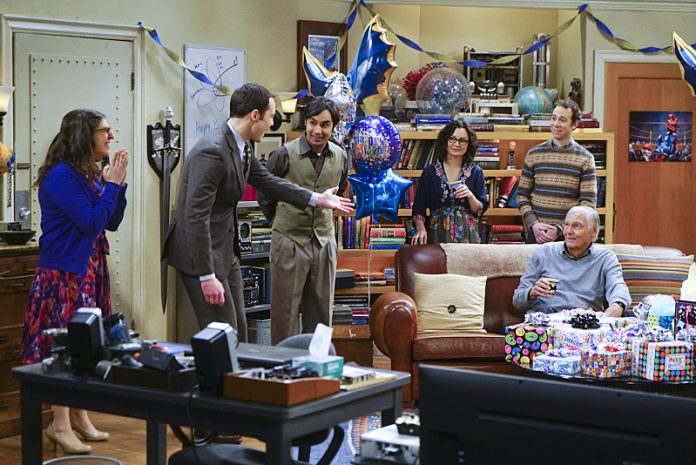 Next episode of “The Big Bang Theory” will be a very special one as it marks the sitcom’s 200<sup>th episode in their nine seasons of running. Because of that, fans can expect that the gang has prepared something for everyone to celebrate the rare feat.

Titled “The Celebration Experimentation,” the chapter will also mark Sheldon’s (Jim Parsons) birthday where the whole squad will finally be celebrating all together via a surprise party. Aside from party hats and a birthday cake, Sheldon will also be treated with a meet and greet with Adam West who he is very fond of. The former star of “Batman” is slated to guest star in the show among many other notable personalities like Wil Wheaton, Kevin Sussman, and Sarah Gilbert.

Rumors, however, add that there will still be more cause for a celebration as Sheldon may be popping the big question to Amy (Mayim Bialik) in the upcoming episode. After all, the engagement ring subject has once again been raised and Amy already knows its existence.

In accordance with the milestone of the show, TV Series Finale reported that the City of Pasadena will be joining the momentous occasion via declaring Feb. 25 as “The Big Bang Theory Day” within the limits of the city.

Warner Bros. Television also released an official statement regarding the show’s 200<sup>th episode as well as Pasadena’s proclamation. Excerpts of the statement read:

“To celebrate the milestone of reaching 200 episodes, the City of Pasadena has declared that Thursday, February 25 will officially be proclaimed The Big Bang Theory Day, within Pasadena city limits. The hit comedy series has been fictionally set in the Southern California city for its entire nine-season run.”

As a part of the report, “The Big Bang Theory” executive producers Chuck Lorre, Steven Molaro and Bill Prady also shared a joint statement saying, “For 200 episodes, ‘The Big Bang Theory’ has called Pasadena home. Even though we tape the show just down the road at Warner Bros., we’re honored that the city of Pasadena, which has given so much to our characters and our stories, has once again proved itself to be a true inspiration.”

'No Man's Sky' PC release confirmed to come out with PS4...