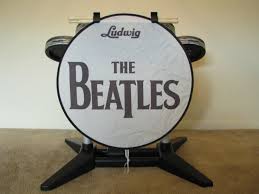 The Ludwig Black Pearl drum used by Ringo Starr, drummer of The Beatles, was auctioned on Friday, Dec. 4, at Julien’s Auction in Beverly Hills, California. The iconic drum was purchased by Indianapolis Colts team owner Jim Irsay for $2.2 million.

Starr used the drum in their performances in 1963 and 1964. He also used this when they recorded famous songs like “Can’t Buy Me Love,” “She Loves You,” and “I Want To Hold Your Hand.”

Irsay is an avid collector of The Beatles memorabilia and a fanatic of John Lennon. Since he’s a very big fan of The Beatles, he collects the band’s items. During the auction, he also purchased, for $910,000, a Rickenbacker guitar owned by Lennon that was given to Starr.

He added, “It took over 4 million dollars and 45 years, but we finally got them back together. I know it’s a symbolic thing, but it really means a lot to me.”

The 2-day auction has more than 800 memorabilia items owned by Starr and his wife, Barbara Bach. A percentage of the sale proceeds will go to the Lotus Foundation founded by the couple, which funds and promotes charitable projects that aim to improving and advancing global social welfare. Julien’s Auction is the auction house that deals with the sale of personal items owned by the famous celebrities like Elvis Presley, Marilyn Monroe and Michael Jackson.

Starr, Richard Starkey in real life, is an English musician, songwriter, singer, actor and widely known as the drummer of The Beatles. He joined the band in August 1962.