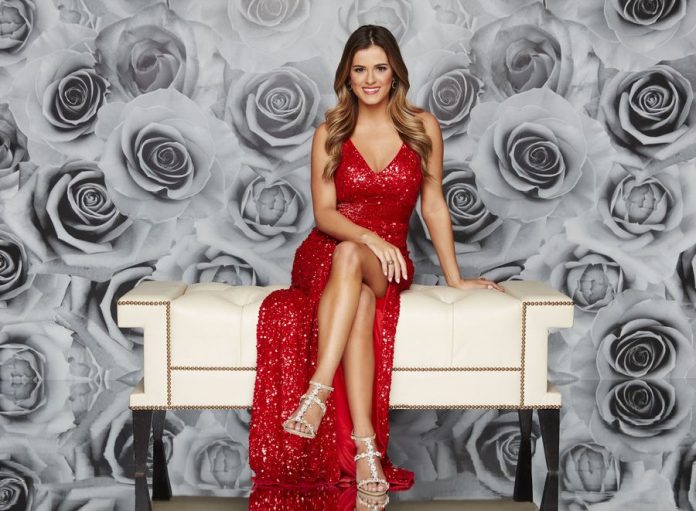 This week on “The Bachelorette,” JoJo Fletcher spent some quality time with her suitors in the Argentinian countryside, and frontrunner Jordan Rodgers revealed that he isn’t very close to his famous brother Green Bay Packers quarterback Aaron Rodgers.

On their one-on-one date, JoJo asked Jordan who she would be meeting if she went to his hometown, and Jordan said that everyone will be there except his middle brother. Jordan said that he didn’t have much of a relationship with Aaron and that his brother wasn’t even aware that he joined the ABC reality show. Despite the family drama, JoJo ended up picking Jordan as one of her final four. The others who will also get featured on the hometown dates are Luke Pell, Robby Hayes, and Chase McNary.

Spoiler site Reality Steve has the scoop on the hometown dates which will be aired next week. According to blogger Steve Carbone, JoJo went to Chase’s home in Castle Rock, Colorado and filming took place on April 19, while her hometown date with Robby was filmed in St. Augustine, Florida on April 21 to 22.

Carbone said that Robby was supposed to have his hometown date at Aunt Kate’s restaurant, but it was moved because the blogger spoiled it early. The day portion of the date was filmed on April 20, and fans were able to take pictures of JoJo with Robby.

In the photos published by the website, the pair is seen walking around, with JoJo dressed in a checked shirt, denim shorts and platform sandals, while Robby donned a pink button-down shirt over a white shirt and jeans for their date. Carbone tweeted that the pair took a horse carriage ride and also went on a boat ride.

Luke’s hometown date was filmed on April 23 in Burnet, Texas, and he and the 25-year-old are said to have filmed at the Trailblazer Grille in downtown for the night portion of the date. Jordan’s date was filmed in Chico, California on April 25, and he and JoJo spent the day portion of their date at Pleasant Valley High School, which Jordan attended. According to Carbone, Luke was eliminated on the hometown dates.

“The Bachelorette” airs Mondays at 8 p.m. ET on ABC.

'One Punch Man' season 2 news: Rumored to be release in...