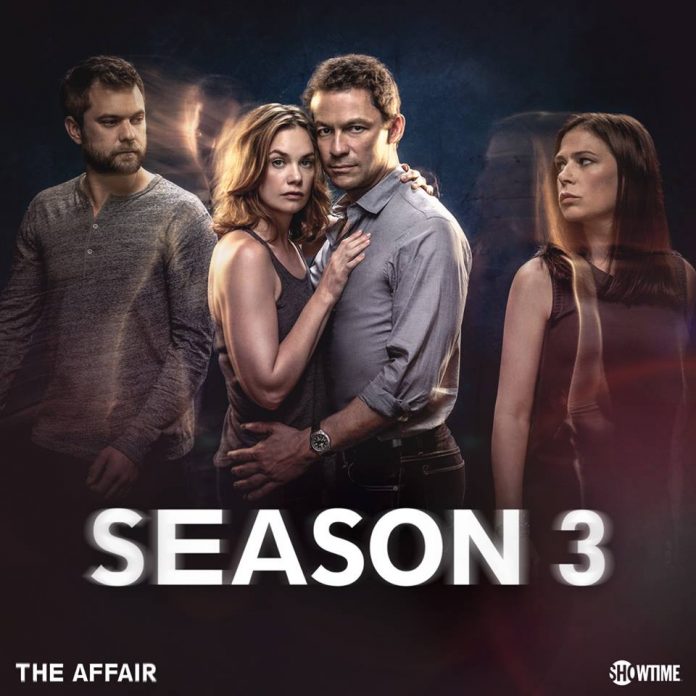 Instagram/sho_theaffair
Season 3 of “The Affair” will deal with the repercussions of previous actions.

It looks like the upcoming installment of “The Affair” is looking to drag on the events that transpired during season 2’s finale. Series star Maura Tierney reveals that all pivotal game players will be in the running for some major crisis as a consequence of their previous actions.

Tierney, who plays Helen on the show, chatted with Golden Derby and continued to tease fans with snippets of what could possibly go down when season 3 of “The Affair” breaks ground later this year.

“Nobody’s in the clear in season three,” Tierney said coyly. “Every season it’s about the consequences of the choices made in the previous season, so it’s going to be tricky for everyone in season three.”

Just earlier this week, the critically acclaimed actress also talked about the controversial show saying that more perspectives may come into play as they go further in the series.

Obviously, the most glaring event that will need some rectifying is the accident involving Helen and Alison (Ruth Wilson) which spelled the death of Cole’s (Joshua Jackson) brother, Scotty (Colin Donnell). By the end of the second season, the two women were able to get away with the supposed crime with Noah (Dominic West) stepping in to take the blame.

The only caveat of this speculation is that of executive producer Anya Epstein’s previous comments about incorporating a time jump in between seasons.

Furthermore, she also added that as the season progress, multiple time intervals will also be woven into the story. “It also jumps around as it gets going. You’re going to see the beginning and then you’re seeing some time before that. We’re experimenting a little bit more this season,” Epstein shared.

Given the time jumps and changes in perspectives, it is possible that season 3 of “The Affair” will deal with other twists that went down during the previous installments. This includes the secret that Alison’s baby is not Noah’s nor Cole’s but Scotty’s; and Noah’s struggle in keeping himself in check in the midst of his newfound fame.

Fans would have to wait to find out on how “The Affair” will incorporate the complicated storylines and the supposed time lapses.