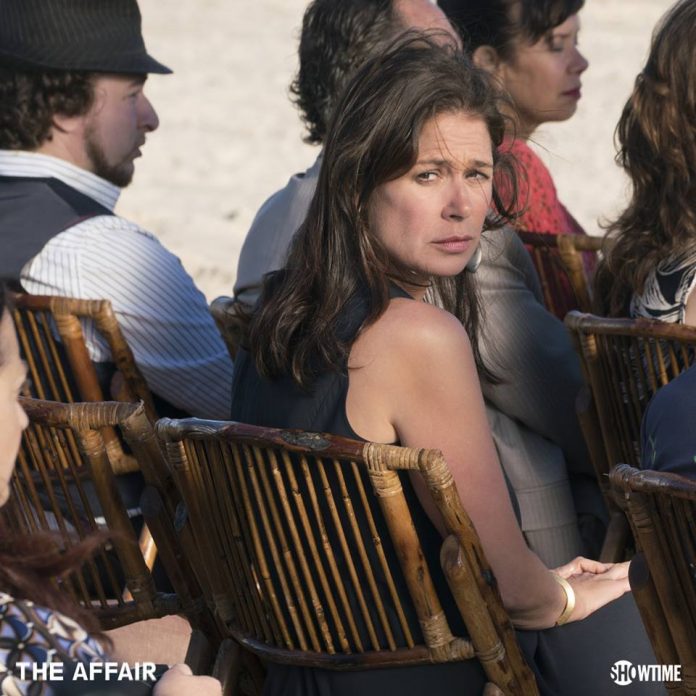 Cast members of Showtime’s critically acclaimed drama series “The Affair” recently dished about their characters’ development in the series and what is in store for them for the much awaited season 3.

Golden Globe winner Maura Tierney who portrays Helen Solloway, the wife of Noah Solloway (Dominic West) who betrays her for waitress Alison Bailey (Ruth Wilson), discussed her character’s evolution after her own perspective was revealed in season 2.

During the series’ freshman run, she was seen as someone who was perfect and only through her husband’s point of view. Moving forward, viewers finally saw other sides of Helen, including having a vicious confrontation with her mother Margaret (Kathleen Chalfant) which ended with the former telling the latter, “I hate you.”

“It helped elevate this woman. In Season 2 she’s more culpable, which I think is real,” Tierney told The Wrap.

On a separate interview with Yahoo TV, the 51-year old star shared that if she has one request for the next installment, it will be to have more scenes with Joshua Jackson, who plays the part of Cole Lockhart.

“Josh and I have never had a scene where we’re just talking to each other. I don’t think our characters have ever had a conversation and that’s too bad, because I think he’s such a great actor. Plus, he’s hilarious!” Tierney added.

Meanwhile, Jackson admitted that he sometimes felt like playing a different version of Cole during the sophomore run.

He was first seen as a very masculine person in season 1 who seemed proud to a fault and stoic on the outside. However, in season 2 he became completely broken, “It was interesting to go inside one of those characters and show that, actually, no, he’s not doing very well. He’s not handling this at all,” the 38-year old actor stated.

He further explained with Cole’s child dead and his wife Alison gone, he suddenly seems to be non-existent, “He never bothered to ask himself, ‘Who am I for me?’ That’s what I think the second season is for him: him coming to terms with who the hell he wants to be outside of everybody else’s expectations of him,” the actor concluded.