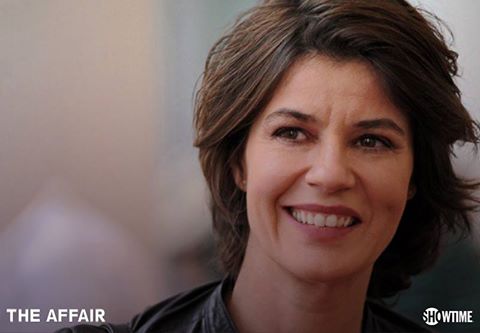 Critically acclaimed actress Irne Jacob is making her debut in the upcoming season 3 of Showtime’s hit drama “The Affair.”

According to Variety, Jacob will portray the recurring role of Juliette Le Gall, Noah’s (Dominic West) new love interest. She is described as someone who is running away from her own secrets. She will help Noah in his personal journey to overcome his traumatic past after pleading guilty to the murder of Scotty Lockhart (Colin Donnell).

Juliette will help Noah understand himself a little better as he tries to rebuild his life and as he fights off the effects of his admission of guilt. It is predicted that their romantic relationship, although full of ups and downs, will be an epic one.

Jacob is set to join fellow newcomers Brendan Fraser and Jennifer Esposito who will both have guest appearances when the series hits the small screen. Season 3’s narrative will feature a three-year time jump.

After revealing that a lot of people have played a part in the big accident in the last installment, star Maura Tierney, who has the role of Helen, teased that it will leave some complications to everyone involved.

Talking to Gold Derby, “Nobody’s in the clear in season three. Every season it’s about the consequences of the choices made in the previous season, so it’s going to be tricky for everyone in season three,” she stated.

When it comes to her character, Tierney gushed that it has been such a joy to portray Helen as she comes to terms with how imperfect she is. “In Noah’s point of view she was kind of this perfect martyr, but then you find out she’s a lot more culpable in what made her marriage vulnerable, and watching her learn that was fun to play,” she explained.

It is deemed that Helen will continue having an uncertain fate with boyfriend Vik (Omar Metwally) as she also fixes her connection with her kids.