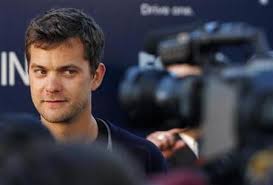 Showtime’s famous series “The Affair” is returning to TV screens this October with two major plot developments: Noah’s freedom from jail and a brewing romance between Pretty Little Liars actress Miranda Mayo and cast regular Joshua Jackson in the much awaited season premiere. Aside from Miranda Mayo, Joanna Gleason is also joining the cast as editor in chief of a prestigious publishing company. A new teaser trailer has been released recently for viewers according to Design and Trend.

Noah Solloway, portrayed by Dominic West, was last seen arrested in the finale of season 1 because of Scotty’s murder. But he will be released for season 2 and this is a game changer for most of the cast member and the storyline, reports the Venture Capital Post. Apparently, the lack of concrete evidence pinpointing Noah to the crime sets back Detective Jeffries and this will be his focus in the upcoming season.

Show runner Sarah Treem also admits that the pacing of the second season will be much faster than the previous one. “That will allow us to open the story out, told from four perspectives, and you as the audience are given the opportunity to track what is happening, and you decide the reality. It is so cool,” she says with regard to the decision of opening up the storytelling with two additional perspectives from Helen and Cole, respectively.

The previous season was famous for the perspectives of Bailey and Solloway, who began the illicit affair that caused everything to be tested among the characters. They had the same affair but sometimes diverging perspectives of the same incidents which piqued the interest of the show’s viewers. The new perspectives coming from their partners Helen and Cole will likely add to these sparks of storytelling that the show has become known for. Season 2 will also serve to explain whatever confusion the diverging storytelling style may have left the viewers from last season as previously mentioned in the International Business Times.