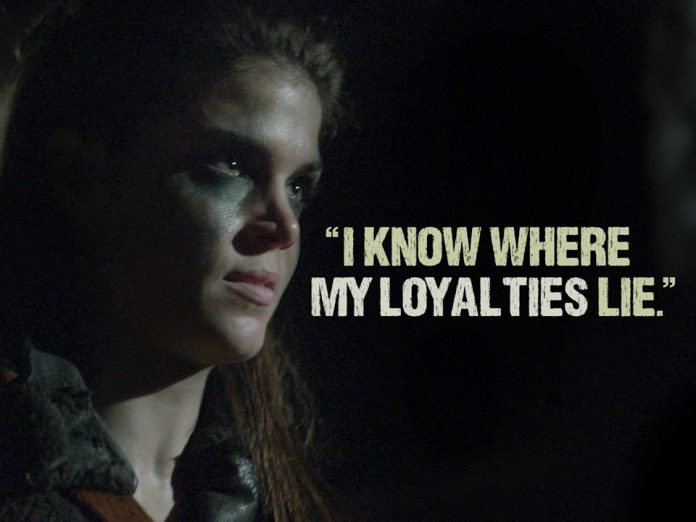 It is no secret that “The 100” is going through trying times as many characters met their end during the previous season. With the remaining characters left to continue the battle for survival, fans can expect an emotionally challenging fourth year for the major game players including Marie Avgeropoulos’ Octavia.

Aside from losing Lincoln (Ricky Whittle), Sky Girl is also dealing with some family issue, with her enduring rift with brother Bellamy (Bob Morley), which puts her in a very vulnerable spot. Avgeropoulos briefly talked about the situation with his brother and revealed that things are only going to get worse in season 4, at least for her character.

“She’s at odds with her own brother because Octavia and Bellamy were sort of enemies this season because he was on Pike’s (Michael Beach) side and he was faced with a lot of difficult decisions. She’s always in conflict about what to do [and] at the end of the day she’s at conflict with the decision of family. Bellamy’s the only family Octavia has. It’s going to be tough for her next season,” the Canadian actress shared to IGN.

Bad news it seems for Octavia fans, but Avgeropoulos is hoping for an even more rogue version of her character in season 4. Should the writers give way to her wishes, she furthered that she wants to operate on her own even if it means that her argument with Bellamy would be stretched out for a little bit more.

In a separate conversation with TVGuide, the 30-year-old detailed the conflict Octavia that is facing by saying that the distance from other people made her realize what she can do as an individual. By severing ties with Bellamy, at least for the time being, she is able to work freely on herself without constantly considering her brother’s take on matters.

“At the end of season 2, she really came into her own and found her place among the Grounders. But she got that revoked from her at the very end because she ultimately chose her brother. At the end of the day, she’s a Blake,” Avgeropoulos explained.