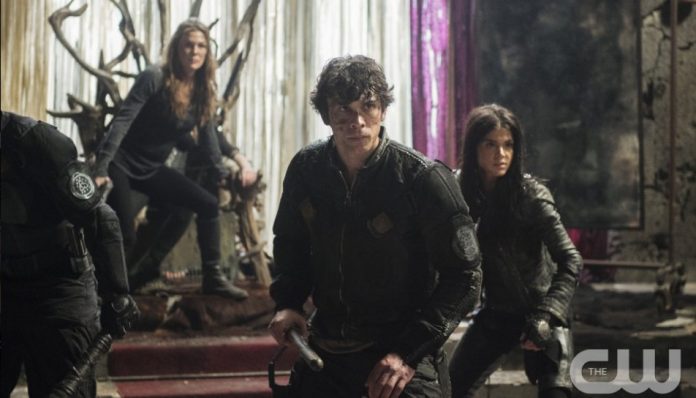 With the third season of “The 100” ending with the world threatened with another nuclear radiation, season 4 will see how Clarke Griffin (Eliza Taylor) and the rest of the crew thwart this potential danger.

The show was supposed to be aired in fall this year, but it did not meet the schedule. However, it has been confirmed that the dystopian post-apocalyptic drama will be back for its season 4 next year on The CW.

When it returns, fans will see Clarke finding ways to resolve the radiation problem that is coming out from nuclear plants. The artificial intelligence ALIE (Erica Cerra) had told Clarke right before it was destroyed that the earth was once again on the road to destruction.

This just means that they have to travel across the United States and to other parts of the globe in finding a solution to this another global threat.

Meanwhile, Marie Avgeropoulos, who plays Octavia Blake, expressed her thoughts about the death of Lincoln (Ricky Whittle), or “Linkon kom Trikru” as others call him.

Just Jared Jr. got the chance speak with Avgeropoulos and here’s what she had to say about the OctaviaLincoln affair.

“Of course, myself as an actress I was so sad to see Ricky Whittle go,” Avgeropoulos shared to JJJ, adding, “He’s a wonderful man and we have a great friendship. That romance was so deserved. They made so many epic sacrifices for one another. It was the classic, forbidden Romeo and Juliet romance. That’s the way it started and that’s the way it ended. It was horrible and beautiful all at the same time. That’s all they kept doing, is sacrificing their lives for one another. That’s exactly how the story ended and I feel like that chapter in a respectful way, in terms of the romance.”