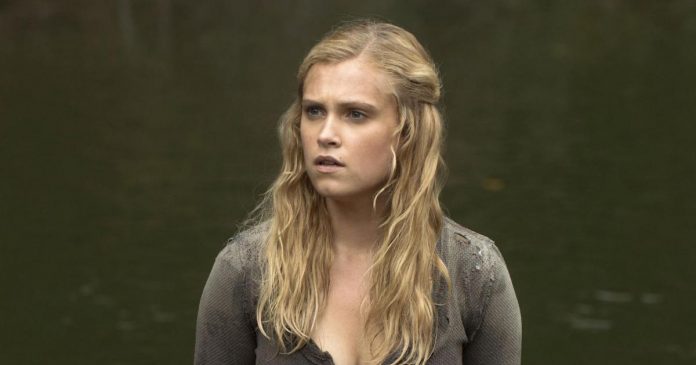 The fifteenth episode, titled “Perverse Instantiation – Part One,” of the post-apocalyptic science fiction drama series “The 100” season 3 proved to be packed with plot twists that left the heroes in extreme danger and viewers in shock. This action-filled episode delivered a shocking turn of events, harshly sashaying its audience perhaps toward more bloodshed in the upcoming season ender episode “Perverse Instantiation – Part Two.”

Clarke (Eliza Taylor) will enter the City of Light, searching for a way in to try and stop artificial intelligence (AI) ALIE (Erica Cerra). A heartbreaking reunion between her and Lexa (Alycia Debnam-Carey), who was killed off earlier in the season, might be at hand once Clarke’s consciousness is linked with the AI. While Debnam-Carey has not appeared in any promo materials to date, photos of her filming on “The 100” set have been making rounds on the web. Viewers have yet to find out exactly how Clarke will infiltrate the City of Light and how Lexa actually wound up there.

Meanwhile, Abby (Paige Turco) will be freed from ALIE’s influence. This will mean that Clarke shall have used the electromagnetic pulse (EMP) device that they were going to use on Ontari (Rhiannon Fish) who is now braindead and whose purpose will be to donate blood to any one of them should the need for blood transfusion arises.

Who the new commander will be is another question to be answered in the season ender. It can be Luna (Nadia Hilker) who will be back eventually, but given the circumstances that Clarke and the crew destroyed her peaceful floating village it will be unlikely that she will fight a battle for them. Or it can possibly be Clarke or Octavia (Marie Avgeropoulos).

The season’s last episode will bear the awaited answers to questions like who will remain to survive, who will meet demise, and ultimately, who will emerge to win the battle between the heroes and ALIE.