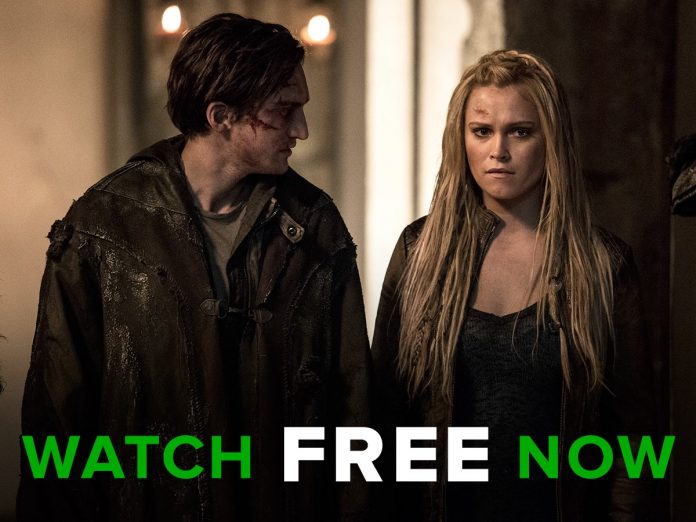 The CW’s post apocalyptic series “The 100” is wrapping up its season 3 with a two-part finale showing the characters finding hope in an unlikely place.

Titled “Perverse Instantiation,” the first segment will have Clarke (Eliza Taylor) teaming up with an old enemy. She and Bellamy (Bob Morley) return to Arkadia with the King of the Ice Nation, Roan (Zachary McGowan). Despite the group meeting Roan’s arrival with skepticism, Clarke will assure that it is the only way for them to go into Polis and potentially stop Alie (Erica Cerra).

In an exclusive clip shared by Collider, the three arrived to their place and Raven (Lindsey Morgan) welcomed them saying, “We were getting worried. Where’s Luna?” When Clarke introduces a gagged and bound Roan to them, Jasper quips with, “Nice to meet you your highness, you too, on me. Take a lock up.”

Raven clarifies Clarke’s plan, “You want to use him to get to ALIE?” the latter agrees while they also seem to be hopeful that Bellamy showed up. However, Monty (Christopher Larkin) has his reservations, “Good luck in getting him to cooperate,” he states.

Bellamy and Clarke then visit Roan in his holding place, with the former apologizing for what happened to his arm, “Make us even,” Roan answers. “Like it or not, we need each other,” Clarke adds. The king then retorts, “Catch to the chase, Clarke. You said we wanted the same thing, I want an Ice Nation commander.”

Clarke replies that she can give to him what he is asking for, “We don’t have a choice. This isn’t just our war. The enemy we’re up against, is after everyone – including the Ice Nation. The only way to stop her is to get the information off the flame. And the only way to do that is to put it on ALIE’s head.”

Down the pipeline, the heroes will begin facing the reality of their tragic situation. Meanwhile, everyone will prepare for a final showdown with an epic and mind-bending conclusion.

The season 3 finale episodes are slated to air on May 12 and May 19, both on Thursday nights at 9 P.M. EST.

Hannibal Season 3 spoilers: Hannibal and Bedelia take in Italy in...