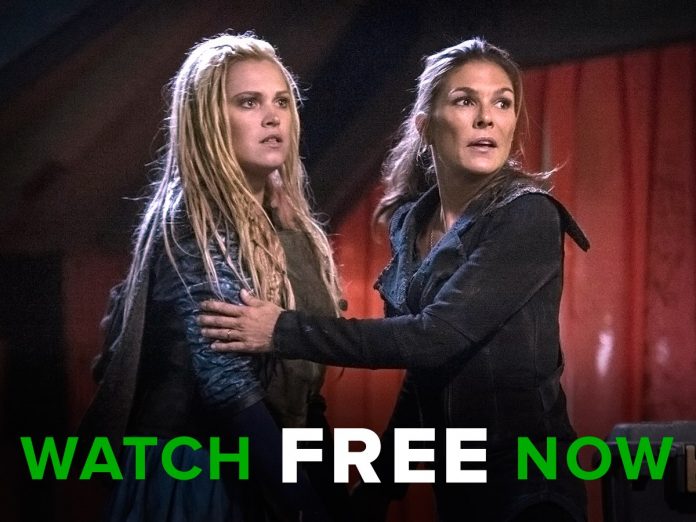 The CW’s post-apocalyptic series “The 100” is down to the concluding installment of its two-part season 3 finale featuring the heroes facing the reality of their situation.

Titled “Perverse Instantiation – Part Two,” synopsis for episode 16 reveals that everyone will prepare for an epic and a mind-binding ending. It will have Clarke Griffin (Eliza Taylor), Abigail Griifin (Paige Turco), Thelonious (Isaiah Washington), Marcus Kane (Henry Ian Cusick) and Bellamy Blake (Bob Morley) doing the best they can to rescue the people against the looming threats from Alie (guest star Erica Cerra).

In an exclusive video shared by Nerdist, the upcoming installment picks up from where the last week’s narrative left off – with Clarke trying to remove the chip in her mother, Abby, after declaring her braindead when she hung herself on Alie’s orders.

Clarke used the EMP device to bring Abby back as she tearfully said, “Mom, come back to me. I need you.” Abby suddenly opened her eyes and finally became herself again. During part one, Clarke was physically tortured by Abby to get Alie’s pass phrase but she refused. Alie then instructed Abby to kill herself to force Clarke to speak up, but she was still adamant on saving the world although it meant losing her mother.

“I’m sorry. I’m so sorry,” Abby said to Clarke to which she replied, “It’s okay. Hey stop, it wasn’t you. It wasn’t you. I need your help.” Bellamy then barged in to the room with a gun pointing to Abby but Clarke stopped him, “It’s okay, she’s back again. I used the EMP,” while adding ,”Ontari (Rhiannon Fish) is no longer an option for the Flame, she’s braindead.”

Meanwhile, in an interview with IGN, Taylor revealed that the group will be in trouble now that Ontari, as their seemingly last hope to stop Alie, is also dead.

“There really is trouble coming from literally everywhere. But I’m really excited for people to see the finale. I’ve been saying that for a long time now. Since we shot it, I just feel like it’s one of the best episodes. I haven’t seen it myself yet but it’s very interesting and complicated and I think fans are going to be happy. Yes. there is trouble coming from every which way but hopefully Clarke’s got this,” she shared.