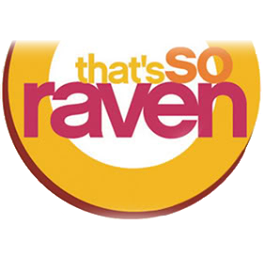 Fans of the Disney Channel’s classic show “That’s So Raven” will be delighted to find out that the network is officially rebooting the supernatural teen sitcom with actress Raven-Symon returning to the small screen.

The 30-year-old star who recently left daytime talk show “The View” shared a photo on Twitter showcasing her comeback for the spinoff. “Feels good to be back! 🙂 #Disney #ThatsSoRaven,” the caption reads.

According to ET Online, the spinoff sees Raven-Symon back in Los Angeles from her New York City home. The follow-up narrative will center on her life as an adult and a divorced mother of two pre-teen children.

“Raven’s brilliant style of fearless comedy was a driving force for Disney Channel’s success around the world. Her performance in ‘That’s So Raven’ is timeless. We now have our eyes on the future with her, and we’re looking forward to telling more stories for a new generation with an adult Raven Baxter raising her young family,” said Adam Bonnett, Disney executive vice president for original programming.

Meanwhile, casting is underway for the young talents who will be portraying the Baxter kids. E! News exclusively shared information about the newcomers and revealed that one of the kids will inherit their mom’s ability to see the future.

Nia is described to be Raven’s “bold and confident daughter who frequently finds herself in over her head.” She is said to have good intentions and does not give up on anything she sets her mind to even if it gets her intro trouble. She is very good in science and just started in middle school when her life gets complicated as she suddenly gets visions of what’s to come.

On the other hand, Booker is Raven’s sweet, nave younger son who appears to be gullible and innocent. He is no rush to grow up and is a self-proclaimed mama’s boy. He will not do anything bad unless he is tricked into it but will stand up for himself when the going gets tough.

The yet-to-be-titled “That’s So Raven” spinoff is slated to debut in 2017.