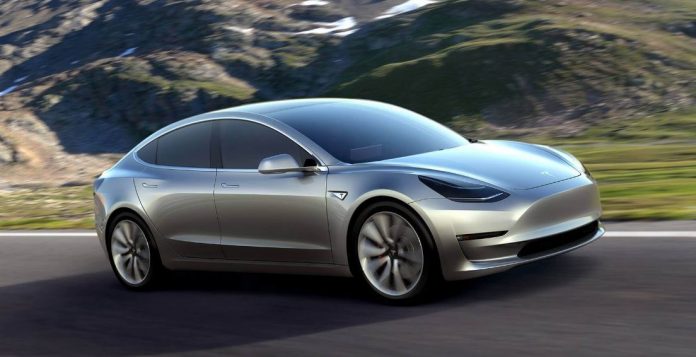 Tesla is currently working on its upcoming Model 3 and many fans are already planning their next vehicle purchase in line with the car’s release. Last month, Elon Musk gave an update on where they are with regard to the Model 3’s timeline, and the CEO said that the car’s design is almost finished.

Speaking at the Code Conference last June, Musk said, “Almost all the Model 3’s design is done and we are aiming for pencil down in about six weeks.”

Albeit the vehicle’s design reportedly received a lot of positive feedback when the prototypes were revealed back in March, Elon confirmed that Tesla is still “tweaking” the design of the front-end of the vehicle as well as some “edge and contour refinements.” A Tesla spokesperson told Electrek that the Model 3 is still “on track” with regard to its schedule.

Tesla is also reportedly working on improving the prototype’s trunk opening, as many pointed out that the opening seemed to be a bit small as seen on the Model 3 prototypes. Musk confirmed that they have already fixed the issue as he told a Twitter follower on July 10 that it was “already taken care of.”

At the conference, Musk was asked if he planned to unveil the new design after they have finished working on the vehicle, and the CEO said that they are not expecting an event in six weeks. He also said that the public shouldn’t expect that the Model 3 will be delayed just because the Model S and Model X arrived past its projected date.

“[With the Model 3] we are making something that is a lot simpler, but still a car that people will love and where every design decision is factoring in manufacturability and making sure that when we design something that we can manufacture at volume, at an affordable price, and on the schedule we are targeting,” said Musk.