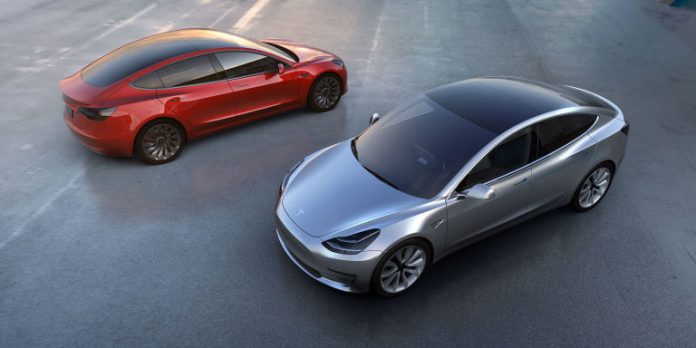 Even before it was officially introduced and talks about the Tesla Model 3 were just floating around, the car had already been surrounded by high anticipation from automobile enthusiasts around the world. Despite the car seemingly sticking to its projected release schedule, with the launch taking place earlier this year, some pre-buyers are still keen on knowing when they can expect their vehicle parked in their driveways.

The last public tally that Tesla released in terms of reservations for the compact luxury sedan was 373,000 units back in May. Those numbers are assumed to have grown given that the year is almost closing out. But despite the overwhelming orders, the company seems to be taking everything in stride with the attempt to double up their orders from their suppliers with 100,000 and 400,000 units set to roll out by 2017 and 2018, respectively. This then begs the question about the whole production process making it in time for Model 3 buyers.

If the Palo Alto-based company fails to follow through with the public rollout of the aforementioned car, it will not be the first time for Tesla. In fact, they have failed to live up to their previous production forecasts partly because of their campaign “to prove that vehicles in the digital age can be manufactured at great speed and high quality with minimal human manual labor.”

Tesla supporter and owner of a company selling accessories for Tesla cars, EVannex, Roger S. Pressman himself does not have a specific answer when asked about the chances of Model 3 hitting its schedule.

“Tesla Motors operates on Tesla time. Quite frequently, the infectious optimism that pervades the company causes its leadership to announce release dates for products that are … well … aggressive,” he wrote in his book “Getting Ready for Model 3” (via MIT Technology Review).

As of now, it is still difficult to predict whether Tesla will be able to start Model 3 deliveries by the end of next year as planned. It will first roll out in North America with a starting price of $35,000 before it makes its debut in other countries.

'Minecraft' news: Coding tutorial for kids could be key to getting...