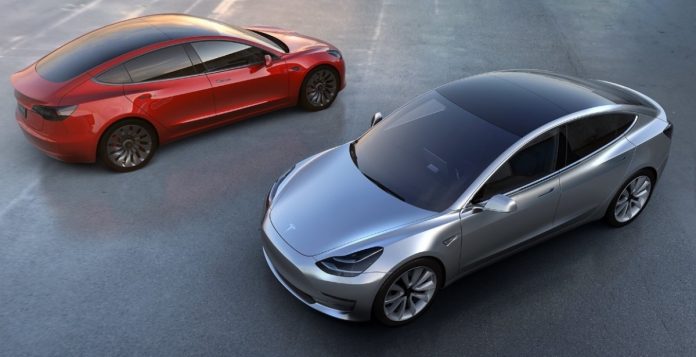 When is the Tesla Model 3 coming out? Well, according to the official website, deliveries should begin by late 2017. While the sedan won’t be coming out until then, interested buyers can reserve a Model 3 by paying $1,000. However, only two reservations can be made per person. The price for the base model is $35,000.

Sources believe many buyers will have to wait until 2018 to get their vehicle since there are already about 400,000 buyers who made reservations. That’s quite a lot. The good news is the company allegedly has plans to increase production up to 500,000 cars a year by 2018.

Tesla Motors has also revealed that deliveries will begin in North America, starting on the West Coast before moving east. This makes sense since the company is based in Palo Alto, California. As Tesla gradually increases the production of the car, buyers in Europe and the Asia-Pacific region will be the next in line to get their hands on the Model 3.

The all-electric sedan can accelerate from zero to 60 mph in under six seconds, and it can travel for approximately 215 miles per charge. Tesla has a network of Supercharger stations in the United States and Europe so charging won’t be a problem. The Model 3 will also have enough seats for five adults.

Moreover, the car will have autopilot hardware installed and reports say it will have the same features that are present on the Model S and Model X. This may be nice, but sources believe that features like cruise control and self-park may cost an extra $3,000 to activate.

In other news, Goldman Sachs has downgraded Tesla stocks from “Buy” to “Neutral” due to fears of potential delays to the Model 3 launch. Two months ago, market analyst Efraim Levy also told CNBC he doesn’t think Tesla could deliver the cars on time.