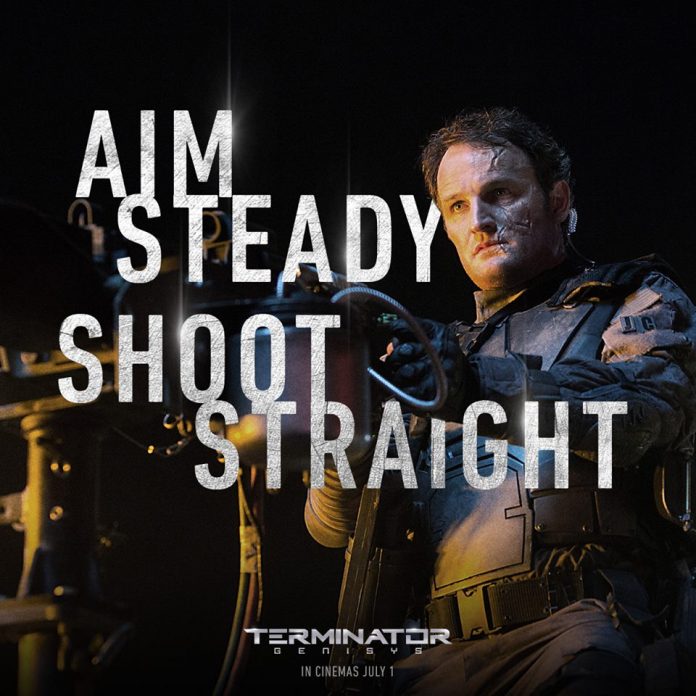 Terminator Genisys has received mostly negative reviews from fans and critics alike. The Terminator franchise sequel played a different angle and twist contrary to the original plot of its series, where a Terminator is sent back in time to destroy someone and a good guy is sent back to protect the person.

In the storyline, the evil Skynet sends back a terminator to kill Sarah Connor (Emilia Clarke), the mother of John Connor (Jason Clarke), who is now the leader of Human Resistance, to prevent him from being born. His right-hand man, Kyle Reese (Jai Courtney) goes back on his behalf to 1984 only to find out that another Terminator was already sent to protect Sarah Connor in 1973. Terminator Genisys played twists in the form of different timelines but it appears to have messed up the original plots of the earlier Terminator series. John Connor, who was the hope of humanity, has turned into Skynet’s greatest AI weapon.

According to Business Insider, the twist came from the perspective of an alternate universe and was inspired by the Superman series. In an interview with screenwriters Laeta Kalogridis and Patrick Lussier by the same news outlet, Lussier said that “He’s [John] still a messiah He’s just a messiah for someone else,” when asked why Connor was the upgraded T-3000 Terminator model. Kalogridis added that “That’s the thing that’s interesting about John. The gifts that he has are the gifts of the savior … There’s a really great comic called Red Son, about Superman working for the Russians.”

Nonetheless, fans and critics are not buying it. One critic, Matthew Pejkovic said: “It’s a reheat of original masterpieces, yet instead of deconstructed and pieced back together with care and heart it’s merely zapped in a microwave, visually edible yet lacking taste and nutrition upon sample.”

On the other hand, Christian Butler, a writer from Spiked Online said in his review that Terminator Genisys is an insult to the old franchise not only because it messed up the original plot but also because of the “pathetic appearance from past terminators, who are recreated here as shadows of their former, scary selves.”

Overall, Rotten Tomatoes said in a consensus that the franchise is “Mired in its muddled mythology, Terminator: Genisys is a lurching retread that lacks the thematic depth, conceptual intelligence, or visual thrills that launched this once-mighty franchise.”

Terminator Genisys premiered earlier this month and despite the negative comments, it is expected to have a sequel slated in May 2017. Film director Alan Talyor said in an interview by What Culture that “Yes, the looming questions are, ‘Who sends Pops back? Where did Skynet get it together to attack John Connor? How did that happen?’ And there are answers to these things that are not provided in this movie, instantly.”