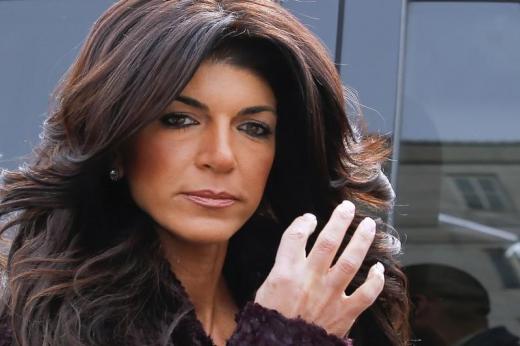 A source told People that in an effort to shield her kids from having the occasion behind bars with husband Joe, Giudice, who is currently serving more than 11 months of her sentence at federal prison in Danbury, Connecticut, decided to celebrate it alone.

“Teresa wants Thanksgiving to be as normal as possible for the girls. She just wants the girls to have a good day,” the source shared.

Her eldest 14-year-old daughter Gia shared some photos of the event alongside sisters, 10-year-old Gabriella, nine-year-old Milania, six-year-old Audriana, and their father. She captioned them with, “Forever thankful for my sisters, happy thanksgiving everyone” and “Hope everyone had a wonderful thanksgiving!”

Reports claim that it is a bittersweet time for the family as it marks Joe’s last Thanksgiving in the meantime since he will be heading to prison to serve his own 41-month sentence shortly after his wife’s release on Dec. 23. The arrangement reportedly made sure that the children will have at least one of their parents at home at all times.

Meanwhile, Giudice will also have the launch of her upcoming book titled “Turning the Tables: From Housewife to Inmate and Back Again” on Feb. 9, 2016, four days after her house confinement when she gets released from jail.

According to NBC New York, the book is a tell-all memoir that will feature the 42-year-old star’s daily diary entries as a prisoner. Giudice said that it will give some light on a different kind of woman than what the viewers were used to seeing in the show.

'Devious Maids' season 5 cancelled after cliffhanger: new season would have...