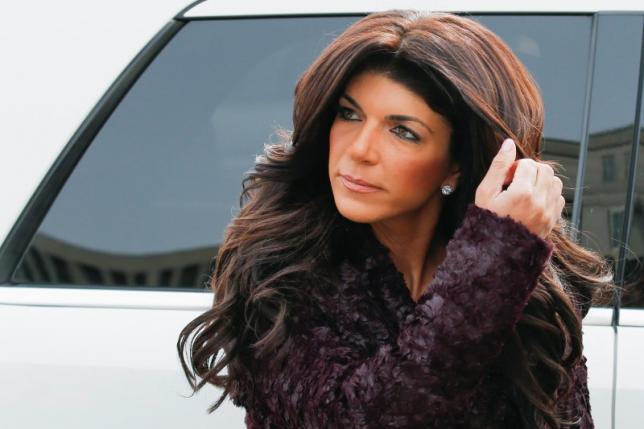 During her 11-month detention in prison, Teresa Giudice became friends with some of her fellow inmated and talked about them in her memoir.

Us Weekly reported that Giudice, 43, enjoyed prison time with her friends in the Federal Correctional Institution in Danbury, Connecticut. The “Real Housewives of New Jersey” star detailed their friendship in her new book, “Turning the Tables: From Houswife to Inmate and Back Again.”

“I met some amazing women there,” the reality star told Us Weekly. “That’s what the girls do there, they help each other, it’s survival mode to get through the time.”

Giudice spent some of her time in prison writing in her diary. Her memoir revealed some of the funniest, dirtiest, as well as some of the “glamorous” and inspiring moments behind bars.

The reality star, who was called “Hollywood” by her inmates, didn’t miss much pamper time as the other girls did her hair, manicure, and pedicure for a certain price.

For her 45<sup>th birthday, she was also surprised with gifts and a sumptuous dinner with dishes like linguine, chicken, and cookies.

“I think about them all the time,” she told Us Weekly. “And I can’t wait for them to be reunited with their family.”

Joe, who also faces multiple counts of fraud, will not be spending much time with his girls, though. He was also sentenced to 41 months in jail and blamed himself for her wife’s arrest.

“Well, I was to blame, sure,” he said in his US Today interview in October. “I was supposed to go away, not her. And that was part of the plea, what I thought anyway… I felt the pain, the chill going down my spine. I couldn’t believe it.”